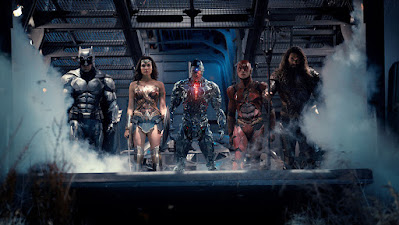 Zack Snyder's Justice League is quite possibly one of the finest superhero films ever crafted. It's way better than the Joss Whedon version we got in 2017. I didn't dislike that vision, but the differences in quality and passion for the source material between the two movies are immediately recognizable.
The whole vibe and atmosphere you experience while watching Zack Snyder's Justice League will put you in the center of a collision of ancient myths set against the backdrop of modern day humanity. It totally nailed the entire concept of why superheroes were created in the first place. We're talking about ancient folkloke meeting contemporary humanity... no matter what time period you're in. For all intents and purposes, imagine a modern day 300 between superheroes, ancient civilizations, and aliens with humankind caught in the middle. 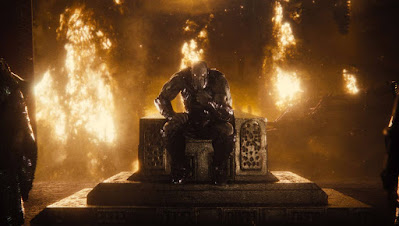 Zack Snyder has redeemed himself in my eyes. He should be very proud of his hard work and perseverance. I was a naysayer, and am man enough to admit I was wrong.

I did have a few complaints about Zack Snyder's Justice League, but nothing too terrible. The CGI was definitely shaky, which is just ridiculous. One or two lines of dialogue were a bit much for me. The profanity was unnecessary as well.
Zack Snyder's Justice League could set the whole DCEU as it was originally envisioned back on track if Warner Bros. and DC wanted to go that route. It definitely gave me a better understanding and appreciation for both Man of Steel and Batman v. Superman. Even Jared Leto's Joker was tolerable here. The lesson I learned is never judge a four-course meal without experiencing the main dish and dessert.
You can watch Zack Snyder's Justice League right now on HBO Max.
Newer Post Older Post Home