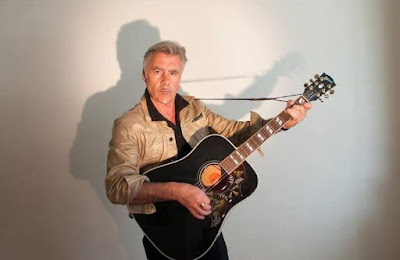 When most people think about bass players and The Sex Pistols, their minds immediately gravitate to Sid Vicious. Well, they shouldn't. MANY years before and MANY years after Sid had come and gone, Glen Matlock handled the bottom-end for the British punk innovators. He was a founding member of the band and re-joined them for several reunions starting in 1996.
The big hits The Sex Pistols are known for? Yeah, those were co-written by Matlock well before Vicious picked up the bass. As a matter of fact, out of the 12 tracks embodying the band's only true album, "Never Mind the Bollocks, Here's The Sex Pistols," 10 of those are credited as co-written by Matlock. 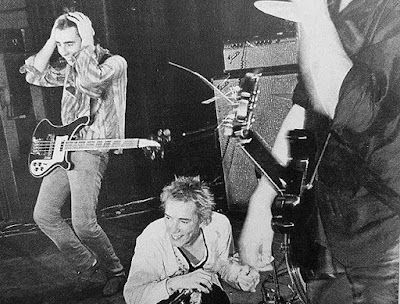 After his stint in The Sex Pistols, Matlock moved on to play with many well-known artists that have made a lasting impact on rock history. Some of those include Iggy Pop and The Damned. He also played in supergroups with members of The Clash, Generation X, The Alarm, New York Dolls, and Spandau Ballet. Glen even played in a band WITH Sid Vicious after the demise of The Sex Pistols.

Matlock has went on to have a successful and fullfilling solo career and also partners up with different acquaintances as time and pandemics allow. His latest pairing is with guitarist Earl Slick. For those who don't know, Slick is known for performing with big names like David Bowie, John Lennon, Yoko Ono, Robert Smith, John Waite, Tim Curry, and David Coverdale. He also has several of his own solo recordings. 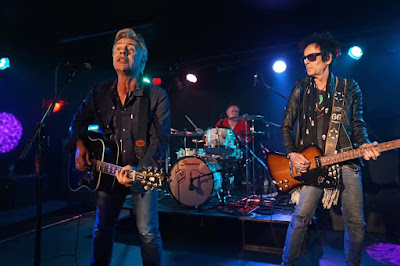 The limited-edition 7-inch record Slick and Matlock just released contains 2 tracks and is available in orange and black vinyl through Bandcamp. The songs include an original acoustic version of a tune off Glen's upcoming album entitled "Consequences Coming." The other treat is a cover of K.D. Lang's "Constant Craving."

I had the delightful opportunity to sit down with Glen Matlock and talk about how he's spent the pandemic, what he's up to, a VERY tiny bit about The Sex Pistols, hanging out with his neighbor Paul Weller, and his plans for the future. I failed to mention, we also talked about movies, music, and more. Sit down and enjoy this great chat with a true legend of rock and roll history.