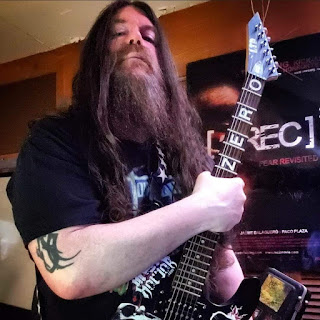 It's not too often that you hear of someone who finally realized their childhood dream as an adult. That's exactly what is about to happen to Seth Metoyer. From the age of 14, Seth and his buddy have been putting together Mangled Carpenter. "Why did it take so long?" you ask. Well, as a grownup now with a family and other responsibilities, life tends to happen.
Mangled Carpenter's upcoming full length, "Under the Shadow," is the result of years of fine-tuning a blend of everything Seth wanted to hear in an extreme metal album growing up as a Christian kid with a taste for bands like Living Sacrifice, Vengeance Rising, Tourniquet, Deliverance, Mortification, and many other groups who laid the foundations for what modern faith-based hardcore and thrash has morphed into. He was so influenced by these artists that he actually moved out to California to live at Sanctuary Church, which birthed and fostered many of those early artists.

What you get when listening to Mangled Carpenter veers off from the typical "djent" metalcore and deathcore we've all become so accustomed to these days. Metoyer unleashed his inner beast in the guise of grind and death metal that we don't get much of anymore from bands who are openly Christian. Just don't expect the norm when slapping on Mangled Carpenter's first couple singles. 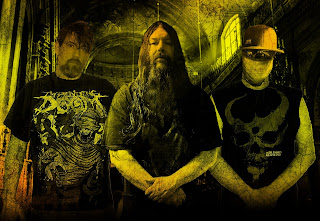 Also, be sure and stick around after the interview for a sneak peek at Mangled Carpenter's new single "The Hanging of Judas." The track is just a small taste of what to anticipate from their debut full length, "Under the Shadow," which is coming out through Hagah Recordings soon. Seth offers some commentary on the song before it crushes your ears.
*Editor's Note: The audio drops out between 14:50 and 15:08. Sorry about that. Just wanted to give you all a warning.

If you're not into watching videos, you can listen to it as a podcast at Anchor and other outlets.

For more info on the band, go to https://www.facebook.com/mangledcarpenter.