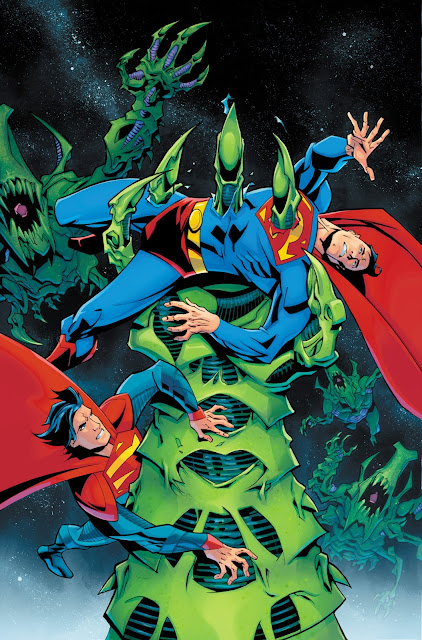 In “The Golden Age” part one on March 9 (Superman #29), Jonathan Kent is back from the 31st Century and fighting cosmic threats alongside his legendary father. But when an interdimensional breach opens near Earth, Jon recognizes the creatures that emerge: the cosmic leviathans that the Legion of Superheroes credit with the DEATH OF SUPERMAN!
And in the new backup series “Tales of Metropolis” story in the same issue, writer Sean Lewis (DC Future State: Superman of Metropolis) and artist Sami Basri (Harley Quinn) follow Jimmy Olsen on a quest to meet of some of the city’s more colorful denizens, beginning with Bibbo Bibbowski!

Then in “The Golden Age” part two on March 24 (Action Comics #1029), as Superboy desperately tries to save Superman’s life from the leviathans of the Breach, Superman discovers the Breach’s shocking origins. But with his powers mysteriously fading, he is utterly outmatched. Can Superboy change the course of history and save his father’s life? Don’t miss this prelude to DC’s MASSIVE Superman event!

Plus, in another all-new backup “Tale of Metropolis” story, writers Becky Cloonan and Michael W. Conrad (Future State: Immortal Wonder Woman) join forces with Michael Avon Oeming to continue the Midnighter story that Cloonan and Conrad started in DC Future State. But is the DC Universe ready for Trojan Industries? 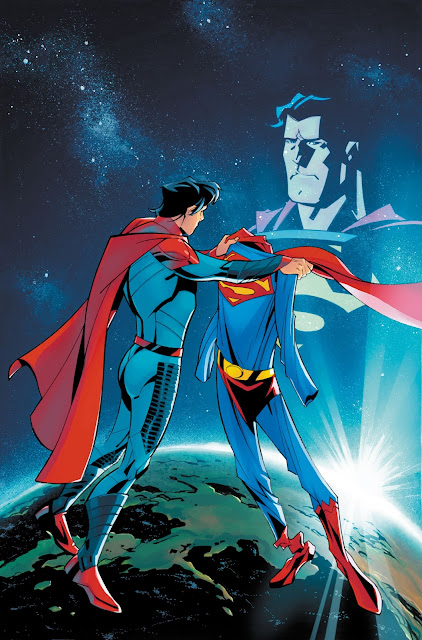 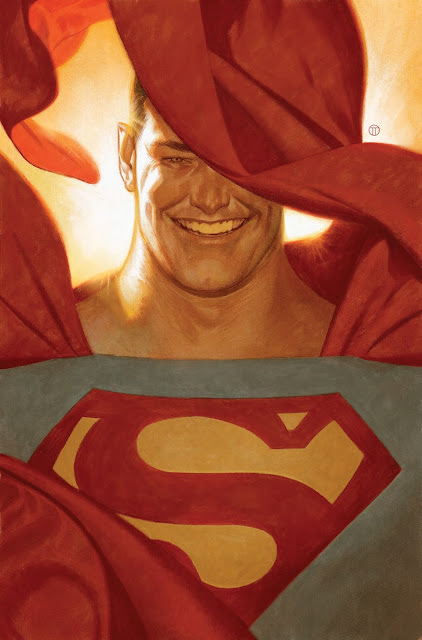