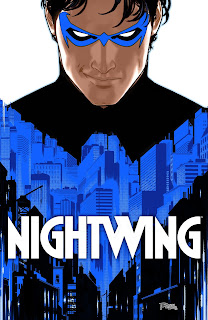 Blüdhaven has elected a new mayor with the last name Zucco, which can’t be good for DC’s first sidekick and former Robin—but is it good for Blüdhaven? When Nightwing enlists Batgirl’s help in investigating the politician bearing the same name as the man who murdered his parents, she unearths details that will shock and fundamentally change the hero. Read more at DC Comics' website.
Newer Post Older Post Home