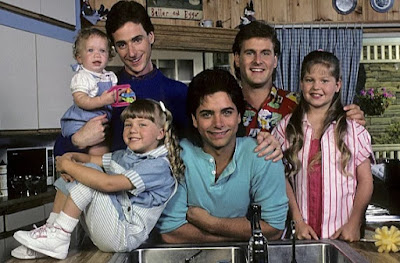 I haven't really had a chance to watch any movies recently. I did watch a few awesome Lifetime films that were incredibly trashy and entertaining. Aside from that, it's been a whole lot of "Full House" with the family.

The Beach Boys have been referenced quite a bit in these last couple episodes, which isn't much of a surprise since everyone knows how big of a fan John Stamos was of the band even BEFORE he was an honorary member. It was especially exciting to hear him cover Dennis Wilson's hit ballad "Forever," which has always struck me as such a brutally honest and sincere love song.

It's also strange to see how my three-year-old is influenced by the Olsen Twins and their character Michelle. She totally relates to her the way many teens relate to the different characters in a show like "90210" or "The O.C." 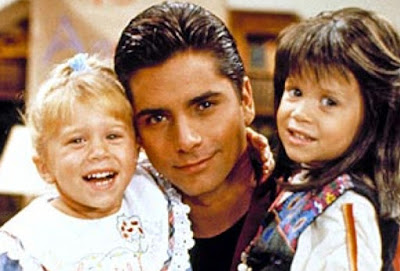 Amazon Prime has a slew of Lifetime movies, both old and new, and my wife and I jumped right into those. One of the flicks, "Death Clique," was way more deep and serious than I thought it was going to be. It got pretty dark in the second act and the tone went from silly teen angst to sobering teen tragedy.

While "Death Clique" explored a more modern set of circumstances, "Death of a Cheerleader" takes us back to 1994 and has a bullying Tori Spelling getting stabbed to death by a mysterious murderer. This flick perfectly captured the 1990's in all its glory and gusto. Towards the end, it becomes a morality tale and asks some hard questions of its audience.

Musically, I explored a few different bands. Jason Wisdom from Death Therapy just released a new single for his hardcore project The Reversalist that absolutely pounds you in the skull with thick guitar riffs and pounding drums. Vocally, it reminds me of Jason's work in Becoming the Archetype. 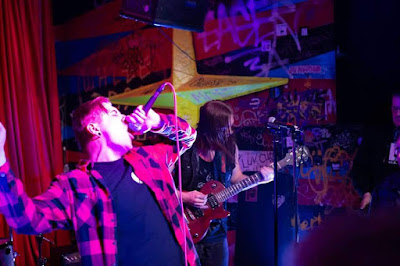 Next up, I discovered a pretty cool independent group called Sight Received. They just released a new album entitled "Worthless Gold." If you're into straight up rock bands with some hardcore and metal blended in, you'll love these guys  I'd compare them to Seether, Breaking Benjamin, Red, Nine Lashes, and Disciple with bouts of screaming vocals when needed. However, I wouldn't consider them quite as radio-friendly as those bands.

I got a chance to catch up with Jesse Smith of Serpent Servant Slave and ZAO. I interviewed him for my website, but ended up taking it down for personal reasons that will remain personal. I've known Jesse for literally two decades now and hadn't caught up with him since I managed his band GODS back in the day. He's now doing an electronic project named Servant Serpent Slave and is a microgreen farmer.
Newer Post Older Post Home