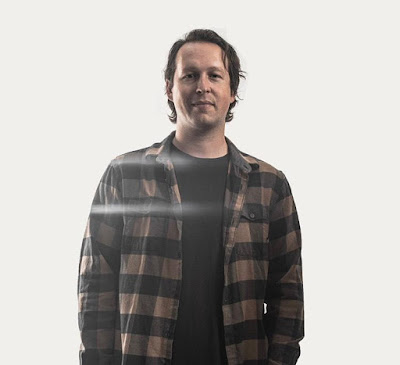 Trevor Vickers might be a bit uncomfortable if someone referred to Lifelong as a Christian band. Don't get me wrong. Vickers and band member Joel Piper wouldn't necessarily consider themselves Christians IN a band, either. They would probably be more comfortable identifying as Christ followers and Bible believing musicians who perform in a group together. They take their art and faith both seriously and it shows on Lifelong's first emotionally charged full- length release for Solid State Records, "Above the Waves."

I sat down for a lengthy talk with Trevor and we dove into some topics much deeper than I was prepared for when interviewing someone. That's not a bad thing. I'm just not used to an actor, artist, or musician being so open right off the bat. The interview was so full of great stuff that I had to split it into two parts.

Trevor talks about not only Lifelong, but his other bands - Confide and Underneath the Gun. He also opens up about his faith and why it's taken almost two years for the band to get their first full length album out through Solid State Records. Grab a snack and soda, folks, and get ready to be educated on what Lifelong and Trevor Vickers are all about. It's an enjoyable and insightful journey you'll be glad you took.

There's a few ways you can ingest the interview, so I'll just leave the links below. If you watch it on YouTube, it's split in two parts because of its length. The link to Part 2 is in the "Show More" section of Part 1. It's also available as a podcast for those who aren't into the video thing.

You can get more info on Lifelong at their official website.

Lifelong's "Above the Waves" is out now to buy and stream at your favorite music outlet.