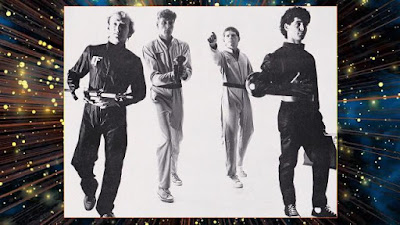 I'm always digging around and trying to get educated on the history of Christian alternative, punk, and metal music. A few weeks ago I ran across Quickflight, which I would argue is one of the first band of believers to delve into the world of new wave. If you haven't heard them yet, I would definitely give them a try.
I was too young at the time to get into them, but from a historical standpoint they were right on the money. Fans of Devo, New Order, Flock of Seagulls, or any other 1980s synth / rock / pop bands will love them. I posted their first album, "Breakaway," below to check out. I can definitely imagine a young Ronnie Martin and Jason Martin jamming to this.
According to Wikipedia, "Quickflight was a new wave band formed in Kelowna, British Columbia, Canada. The band released two albums in the early 1980s - 'Breakaway' on Tunesmith and their second, 'Decent Beat,' on Star Song Records."