Lifelong Encourages You to Keep Your Head "Above the Waves" (Listen) 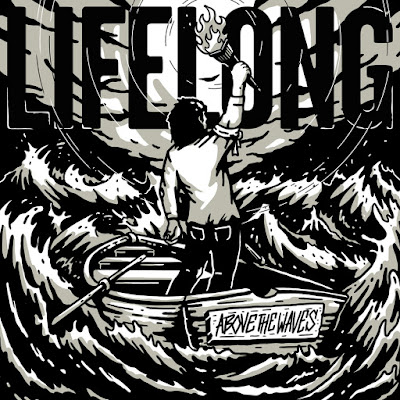 There's no arguing that Lifelong wears their heart on their sleeve. The band has no problem unloading their passions, soul, personal struggles through the bulk of the 13 tracks found on their new Solid State Records release, "Above the Waves." Both Joel Piper and Trevor Vickers peel back any sort of protective gear someone would put around their emotions to safeguard them to let the listener know that there is hope out there and others just like you struggling with their faith and just life in general.

Every track found here sounds organic and raw in a way that punk and hardcore folks will appreciate. Fans of Beloved, BoySetsFire, and other bands of that nature will love the blend of harsh riffing and melodic guitar lines Lifelong unleashes on our ears. You can purchase Lifelong's "Above the Waves" right here. 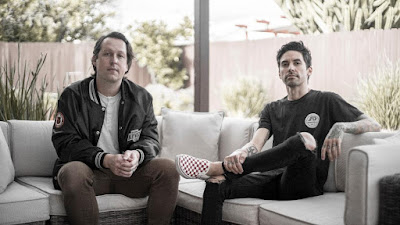 Lifelong is a melodic hardcore band from San Diego, CA. Members Trevor Vickers and Joel Piper first met playing in Confide, a band that ruled the metalcore scene in the mid-2000s. Years after disbanding, Vickers and Piper reunited serendipitously in San Diego. The chance encounter ignited what would become Lifelong—a pop-meets-punk hardcore outfit inspired by the duo’s musical roots. After releasing the EP Revive The Masses in 2018, Lifelong signed with Solid State Records and began working on their debut full-length, Above The Waves.

Above The Waves is an album of celebration. The songs partner struggle with triumph, injecting positivity into a music scene desperate for it. Harnessing the energy of Comeback Kid with the motive of Taking Back Sunday, Lifelong’s reputation is full of hope and enthusiasm. Their heavy and happy instrumentation carries more melody and pop than their previous metal group, introducing fans to a sound inspired by the SoCal punk scene. Not only did the duo write and record the entire record themselves, they produced and engineered it. By combining their strengths and learning new tricks, Vickers and Piper built a band with the buoyancy to rise above the rest.