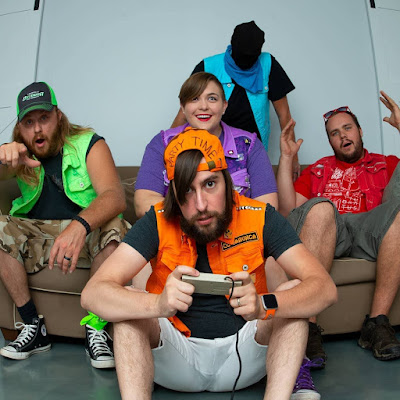 If you're looking for safe and typical metal, you've come to the wrong place. TIMORATUS is anything but your carbon-copy heavy music or hardcore band. Singer and founding member David Napier is self-described as being a bit ADHD. It stands out in TIMORATUS's unconventional blend of metal, electronic music, indie rock, and comedy.

You never know what to expect when tuning in for a new tune from TIMORATUS. One album is doom metal, another grindcore, the next song could be one of the tracks off of their latest album, "My Life in a Mediocre Metal Band." In that case, you'll no doubt be pleasantly surprised with an unorthodox mix of genres or a humorous skit that pokes fun at the music industry and themselves.

I sat down to speak with David Napier the day after their new album, "My Life in a Mediocre Metal Band," hit streaming services worldwide. Our conversation ended up all over the place. You might have guessed that a possibility from two individuals who can't seem to concentrate on one thing at a time.

David and I chat about the new album, faith, musical influences, horror movies, his wife - Courtney - who fronts TIMORATUS, and a bunch of other stuff. You know - movies, music, and more. Brace yourselves and get ready for a sensory overload.

You can check out more from TIMORATUS on their Facebook page.