Daisy and Coulson Weather a Time Storm in Agents of S.H.I.E.L.D. Promo (Trailer) 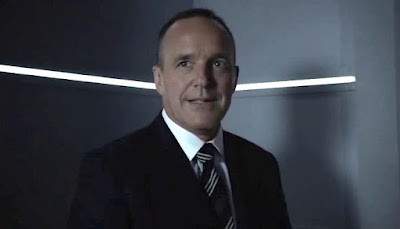 I gave up on Agents of S.H.I.E.L.D. after two attempts to watch it when it first came out. The show just didn't grab me and I felt like they wasted a lot of potential to showcase not only the S.H.I.E.L.D agents, but major opportunities to showcase Marvel's B and C team superheroes we don't get to see in the movies. Check out the spot for episode 9 of final season 7 after the jump.

Basically, this trailer for episode 9, "As I Have Always Been," didn't do much for me. I'm not really the one to judge this promo, though. I couldn't even begin to tell you what's going on in the show.

A time storm ravages the Zephyr, propelling it toward destruction while simultaneously forcing Daisy and Coulson to relive their failed attempts to save the team over and over, until they find a solution or are swallowed by the storm. Making it to their next destination will take trust, courage and sacrifice from everyone on board, but it will all come down to having enough time..