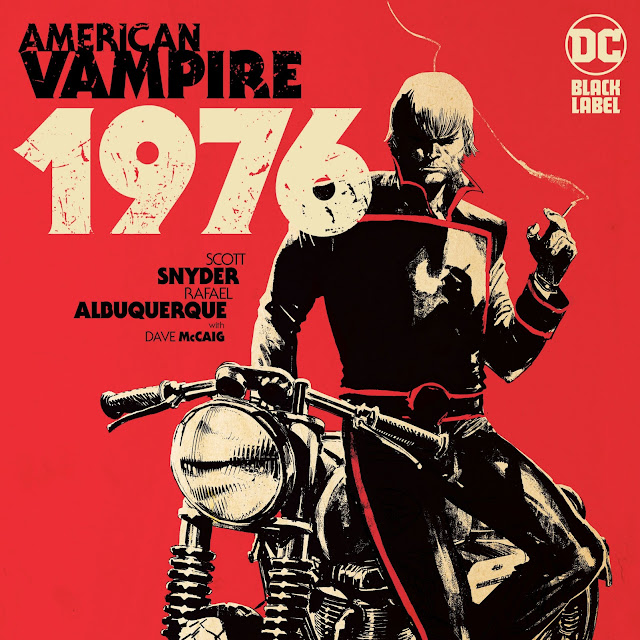 VERY exciting news as far as I'm concerned. American Vampire is one of my favorite tales of the Undead. It would make for a great Netflix or AMC series.

The long-simmering next volume of Scott Snyder and Rafael Albuquerque has a name and a release date: the 9-issue series is called American Vampire 1976, and it debuts on October 20. Check out four-page preview at Gamesradar.
Newer Post Older Post Home