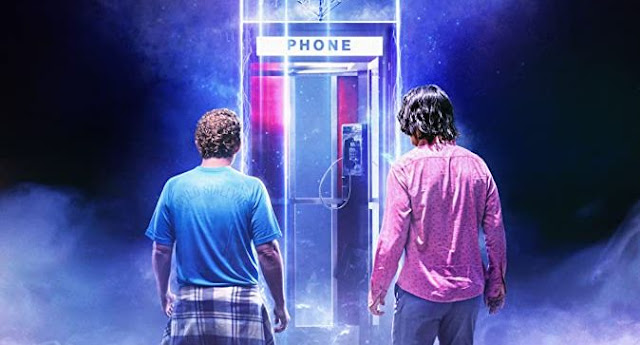 It's been thirty years since we last saw Bill and Ted on the big-screen, and suffice it to say there's a lot of us out there who are more than excited to see them back again up there. 'Bill & Ted Face the Music' is a long time coming and has been in development for a whole lot of years. Today we got our second taste of what we can expect from the film in the form of its first official trailer.

Honestly, it looks like we're going to get more of the same, just thirty years later. If you're a fan of the first two films, I would imagine this will make you very happy. 'Bill & Ted's Excellent Adventure' and their 'Bogus Journey' are cult classics for a reason, so why mess with success?

Once told they'd save the universe during a time-traveling adventure, two would-be rockers from San Dimas, California find themselves as middle-aged dads still trying to crank out a hit song and fulfill their destiny in 'Bill & Ted Face the Music.'

Whoa. The wait is finally over, dudes! Keanu Reeves and Alex Winter star in the first official trailer for 'Bill & Ted Face the Music!' Watch now! And remember: be excellent to each other.