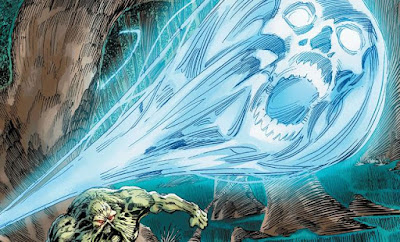 Old Swamp Thing might not be able to carry his own monthly print series, but he seems to be doing just fine in the weekly Digital Firsts world. I know 'Swamp Thing: New Roots' was originally a Walmart-exclusive giant printed book, but it has transitioned quite nicely into what it is now. Hopefully, after they run out of tales from the actual physical versions they'll continue to make fresh ones and keep the title going.

'Swamp Thing: New Roots' Issue #8 is an instant classic in my humble opinion. Both stories feel like timeless folklore tales spun by old geezers sitting around late at night on the porch in the swamplands of Florida. They're best read in the dark and teach hard moral lessons just like the fairy tales of days gone by. These are gothic horror legends of revenge, penance, guilt, and forgiveness which just might resonate with readers out there. 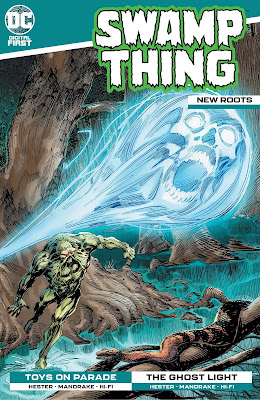 In any case, Swamp Thing creators Bernie Wrightson and Len Wein would be proud of what writer Phil Hester and artist Tom Mandrake have served us here. Both of these stories feel very much like tales they would have told in their day. The artwork is more modern, but still has the same dark and menacing tone that Wrightson brought to the character.

In 'Swamp Thing: New Roots' Issue #8, our tragic lead character isn't treated as a superhero. This is the old Swamp Thing of the 1970s. He's not a mystical member of Justice League Dark. He's not fighting side-by-side with Batman and Superman to save the world. He's a lonely and harrowing monster just trying to make sense of his curse. Just the way he should be.

Click on the pages below to enlarge them for a preview of 'Swamp Thing: New Roots' Issue #8. 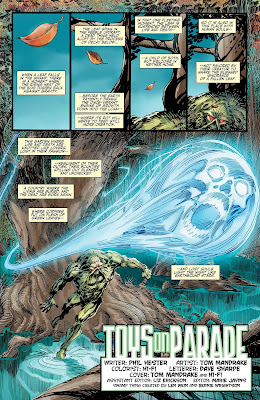 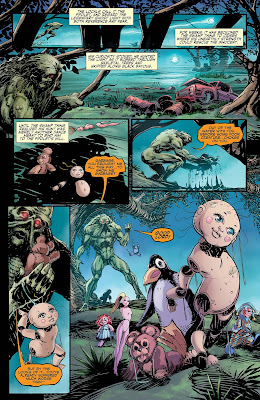 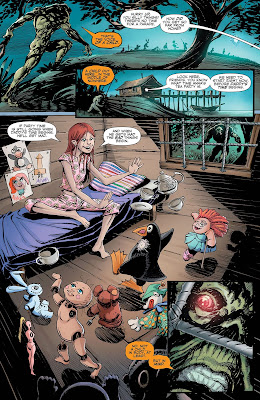