'Suicide Squad' #9 is Killing Off One of Its Legendary Members 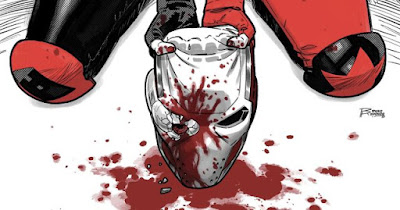 According to Tom Taylor (via GamesRadar+), Deadshot is going to get taken out in issue #9 of 'Suicide Squad,' due out on September 22nd. Of course, when it comes to comic book deaths, Luke Skywalker said it best in 'Star Wars: The Last Jedi:' "Nobody is ever really gone." That's why it's so hard for to take any of this seriously and invest any sort of emotions into it.

For the time being, though, let us all mourn one of the greatest hitmen in the comic book universe. Deadshot and his iconic look are such a part of the lore that he's appeared in movies, TV series, animated shows, and video games. Will Smith played him - that alone says something. I personally find Deathstroke a more interesting character when it comes to assassins, but what do I know?

In 'Suicide Squad' #9, "it’s the shocking death of Deadshot! The man who never misses has been on the front lines of Task Force X since its inception—a bomb in his neck, gun in his hand. He’s seen teammates blow up and countries fall. He’s faced down heroes and villains alike. Now the Suicide Squad has one final mission: bring down the man who enslaved them, then put a bounty on their heads when they escaped: Ted Kord. But to finish the job, the world’s deadliest assassin will have to do the one thing he’s never done for the cause: die!" 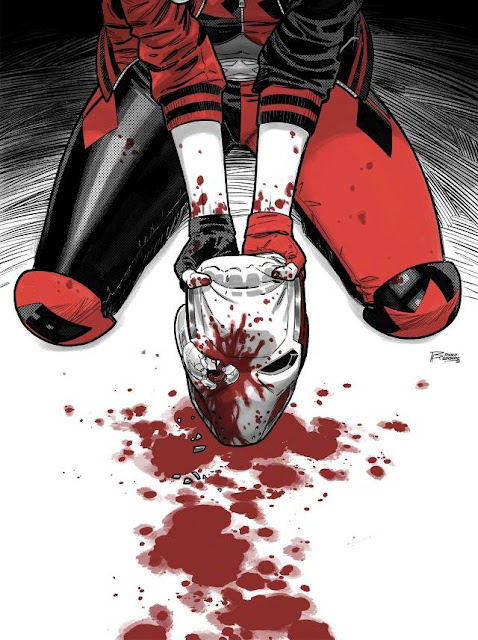 Writer Tom Taylor posted what appears to be the cover art for 'Suicide Squad' #9 with the caption, "Deadshot. Shot dead. Yes. Really." The blood-stained art is by Bruno Redondo. As you can see in the images we've posted, it's a pretty dramatic scene and will be an attention-grabber on comic book stands.

Six months from now, none of this will even matter when Deadshot is somehow resurrected and given a new costume and look. That's not to say it won't be fun while it lasts. I can see the cover already: "Deadshot Returns!" After all, you can't keep a good hitman down.