Space Force is a Shockingly Accurate Sendup of Current Events 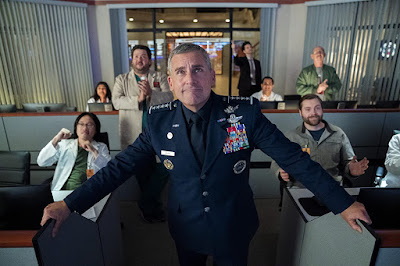 So I finished up 'Space Force' finally, and really grew attached to it by the end of the season. I'll admit, it was a bit of a slow start. After it got rolling, though, I feel they really found a nice common ground between the lunacy of it all and the emotional sincerity the characters shared.

In 'Space Force,' a four-star general begrudgingly teams up with an eccentric scientist to get the U.S. military's newest agency — Space Force — ready for lift-off. Just so there's no confusion - Yes, this is a parody of real life events ushered in by President Trump. It hits so close to home at this time, where we just launched astronauts into space while battling a pandemic and racism. 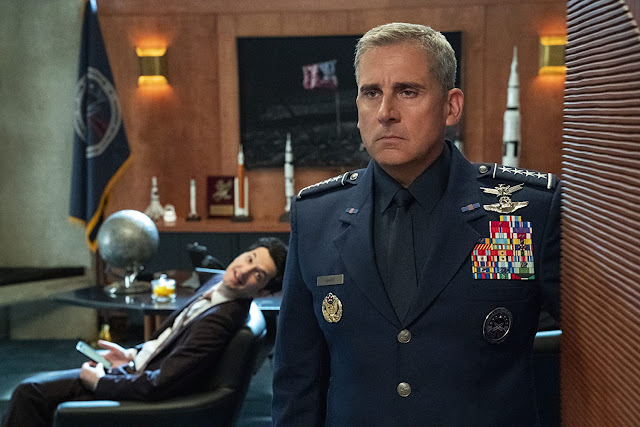 I will say that 'Space Force' definitely has more profanity in it than the show needs. There are more f-bombs dropped in a single episode of this than an Eddie Murphy movie or special in the 1980s. The series also contains adult situations, drug use, and crude humor.
If you're interested in life imitating art and have a good sense of humor, 'Space Force' will no doubt please you. It has a fun ensemble cast that work well together. The story line goes into directions I didn't think they'd go in or get to so quickly in the first season. Although it's not perfect, 'Space Force' is still a worthy watch because of the humanity and spirit it brings to its comedy table.
Newer Post Older Post Home