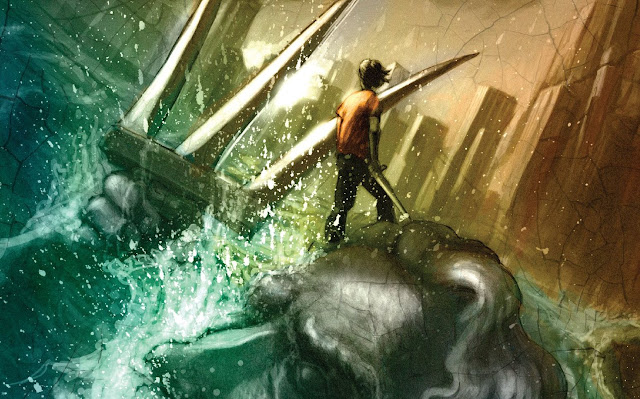 Disney+ plans to launch a 'Percy Jackson and the Olympians' series at some point and Rick Riordan couldn't be happier that they're going to fix the mess that was made of his YA novels by the movies. If you've read the books and seen the movies, you know how different they are from each other. Most fans can't stand the big-screen adaptations, and that includes the creator of the character himself.

“The script as a whole is terrible. I don’t simply mean that it deviates from the book, though certainly it does that to point of being almost unrecognizable as the same story. Fans of the books will be angry and disappointed. They will leave the theater in droves and generate horrible word of mouth. That is an absolute given if the script goes forward as it stands now. But the bigger problem is that even if you pretend the book doesn’t exist, this script doesn’t work as a story in its own right,” Riordan said of the script for 'Percy Jackson and the Olympians: The Lightning Thief' after reading it.

He does admit he hasn't seen either one of the 'Percy Jackson' movies, but from reading the scripts knows how they turn out.

"Finally, I still have not seen the movies, and don't plan on ever doing so. I judge them from having read the scripts, because I care most about the story. I certainly have nothing against the very talented actors. Not their fault. I'm just sorry they got dragged into that mess," he confessed via his Twitter.

The cast is part of the reason why it's such a shame the movies weren't as well-received or adapted from the books. I really enjoyed every actor in their part and thought they performed well and were invested in their characters. I had the opportunity to meet the whole cast when they were doing a press tour for 'Percy Jackson and the Olympians: The Lightning Thief' and they were all so genuinely nice and seemed to have a good time working together. They certainly didn't seem to have any distaste for the film while talking about it. 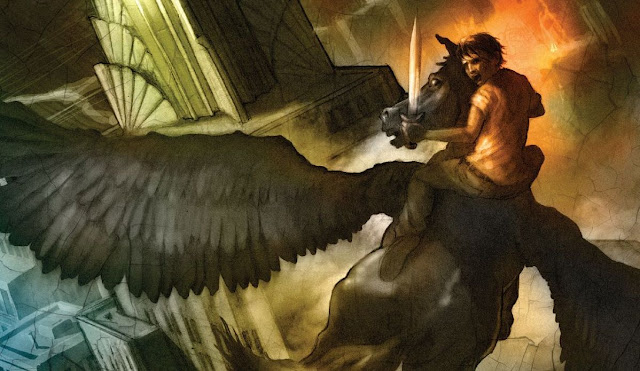 "Well, to you guys, it's a couple hours entertainment. To me, it's my life's work going through a meat grinder when I pleaded with them not to do it. So yeah. But it's fine. All fine. We're gonna fix it soon," Riordan stated to fans on his Twitter with a smiley emoji.

I've seen both 'Percy Jackson' movies, and I can tell you from experience that they do veer very far from the books when it comes to the events and details. I thought 'The Lightning Thief' still had the same spirit and message of the book, but many would disagree with me. Needless to say, I enjoyed them both and understood how they had to combine and skip certain bits and pieces to make a "commercially viable" movie which runs at a "crowd-pleasing" two hours. That's not to say that I don't wish they would have left some of the cut and condensed sections in.

I think it's safe to say that Disney is wanting to make a more accurate adaptation of the 'Percy Jackson' saga, from how happy Rick Riordan seems to be about it. It's always looks good when you have the creator of a franchise behind your visual vision of his work. It would be really great if Riordan was actually one of the writers on the series, like Daniel Handler (aka Lemony Snicket) was for the Netflix show 'A Series of Unfortunate Events.'