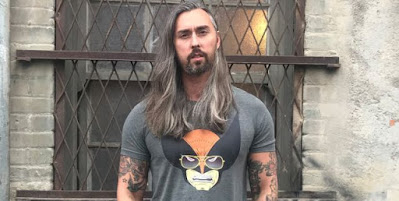 Nate Parrish is passionate about many things in life - his wife, his worship ministry, and his music to name a few. Just like almost everyone, the Kutless guitarist also enjoys a good dose of entertainment and pop culture. With the release of his new solo album, "I'm a Wreck," I thought it would be a good time to talk with Nate about the record and other fun stuff.

Check out my video interview with Nate Parrish, where we chat about his favorite music artists, superheroes, TV show, and more. He also talks about his hobby of collecting action figures.

You'll have to forgive some of the technical difficulties, as Bakersfield had just been hit by an earthquake and it wreaked havoc on the internet reception. We powered through and he even played a song off the new album.