As many of you know, Rocky Gray from Living Sacrifice does more than just write sick lead guitar parts. He also is an accomplished music composer and producer of horror movies. He just released his soundtrack for the indie sci-fi revenge thriller 'RoboWoman.' The eleven tracks can be found on YouTube and are definitely worth a listen.

Most of the score is electronic-based, but the last track, "Rise of RoboWoman," has some killer guitar riffing going on as well. If you can imagine a blend of John Carpenter's soundtracks and Brad Fiedel's work on 'The Terminator' score, you get a pretty good idea of what to expect here. Vangelis's music for 'Blade Runner' also comes to mind at times. Honestly, it should appeal to horror or science fiction movie fans.

I haven't seen the movie, but the trailers for 'RoboWoman' promise some profanity-laden C to D-grade bloodshed. Those into cheesy low-budget gore and action flicks will no doubt love it. It stars Dawna Lee Heising ('Blade Runner'), Sue Price ('Nemesis 2-5'), Aki Aleong ('Missing In Action III'), Brinke Stevens ('Slumber Party Massacre'), Mel Novak (Bruce Lee's 'Game of Death'), and Vida Ghaffari. Director Robert Ferguson ('The Amityville Curse,' 'Nemesis 5: The New Model') directed the film. The synopsis makes it sound like a crazy mashup of 'I Spit On Your Grave' and 'Eve of Destruction.' 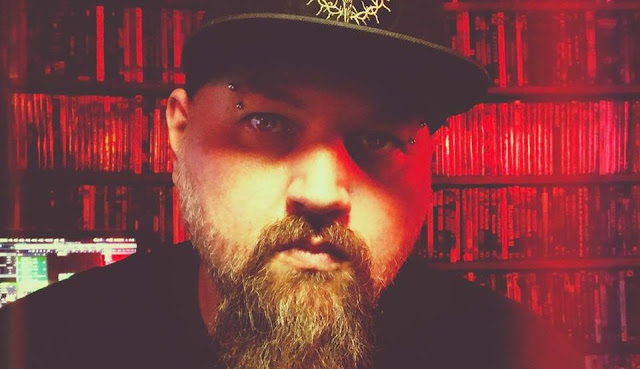 'RoboWoman' follows Vivica Stevens on her last night at a temp agency as she accepts a date with a persistent co-worker. Soon she finds herself cornered in a dark park at night and brutally attacked, raped and left for dead by her date and his deranged friends. She's found barely alive by her roommate Carlene and undergoes illegal, experimental "cybernetic" surgery where she is given a replacement robotic arm and visor to correct her vision.

However, the cybernetic surgery causes havoc to her brain, as well as to her body. Before long, she decides to seek revenge with the aid of her new attachments. One by bloody one, she stalks and kills her attackers before the shocking and revealing conclusion.

I may not be able to make any promises when it comes to the quality of the movie 'RoboWoman.' I can assure you the soundtrack is excellent. You can check it out below. If you want to see the red band trailer for the movie, you can go right here. It's rather graphic and includes blooody violence and profanity.