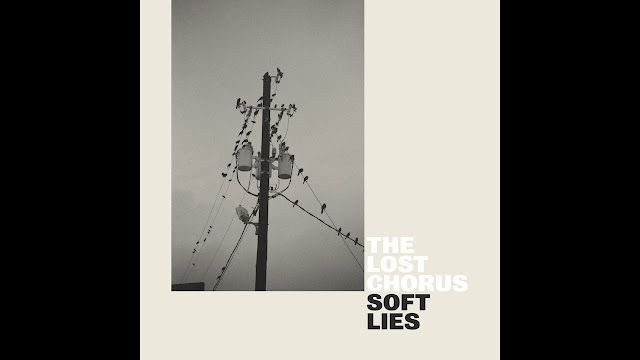 The Lost Chorus is made up of a group of guys who will no doubt be familiar to those of us who grew up in the alternative rock scene of the mid-1990s. Singer-songwriter Andy Zipf fronts the band. He made a name for himself with songs that got airplay on MTV and VH1 and received critical acclaim from such outlets as Paste Magazine, Performing Songwriter Magazine, and XM Radio Satellite. Ryan Dennee from Stavesacre and Plankeye plays guitar. Bass guitar is handled by Dirk Lemmenes, who is well-known from his tenure in Stavesacre and Focused. Alex Albert, formerly of Project 86, Focused, and Crash Rickshaw, plays the drums.
They just released their latest single, "Soft Lies," was just released via streaming platforms like Spotify and YouTube. It's the bands first new music since thier self-titled 2011 EP. Fans of atmospheric rock that hearkens back to the serene and bombastic sounds of bands like Mineral, Elliott, and early Jimmy Eat World will love this new song.
I really can't say enough positive things about The Lost Chorus. They're that type of group that is both musically unique and comfortably familiar at the same time. Longtime music fans know exactly what I mean.
Check out the lyric video for "Soft Lies" below. After that, go seek out their first EP on your favorite music outlet.