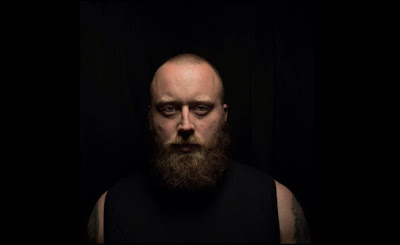 Jason Wisdom, ex-Becoming the Archetype and Death Therapy mastermind, has been awfully busy the last few months. First, he released two new instrumental dance songs under the Death Therapy moniker. Now he's let loose a scorcher of a metalcore tune through a project he's calling The Reversalist. There's no keyboards, dance beats, or electronic bleeps and bloops to be found in the first single, "Broken Crown," which was released yesterday on select streaming platforms.

"Broken Crown" is the sort of breakdown-heavy metalcore fans of the genre fiend for when gearing up for the pit. Plenty of chugging guitar riffs and beefy drums will no doubt get the adrenaline pumping for some fun quarantine windmills and picking up change, or whatever the hardcore kids are doing these days. Wisdom's signature growl will please those who have missed what he served up in Becoming the Archetype.

"Been wishing I'd release music with me screaming like I used to? Remember when I said I had accidentally written a couple hardcore songs? Yeah. Well, surprise! You can go hear one now," Jason shared on his Facebook page.


Aside from the actual song, Wisdom also recorded a promotional video for "Broken Crown." It's rather simple, but very atmospheric and dark at the same time. Nothing too flashy here - just Jason screaming his head off into the camera with some of the lyrics flashing onscreen.

Make sure you follow The Reversalist on Spotify to know when another track is released. You can check out the promotional video for "Broken Crown" above. The entire track can be heard below.