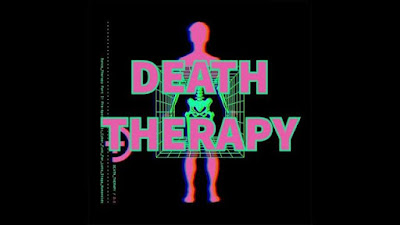 Jason Wisdom has used his quarantine time in extremely constructive ways. Instead of just moping around the house wishing he were on the road playing shows, Wisdom took the past few months to write enough new music for two EPs and a couple of singles for a hardcore solo project. When you're a free agent musician, you do what you have to to get those bills paid.

I hope it's all working out for him, because for the past few months he's been slamming out singles leading up to the first release entitled 'Dance Therapy.' The newest single, "Cheat Code '87," is a big beautiful mashup of video game sound effects, pounding dance beats, and shredding guitar. Strangely, it all sounds as if the basic tracks were recorded in 1987, lost in a desk drawer somewhere, and then unearthed recently and remixed and retooled. 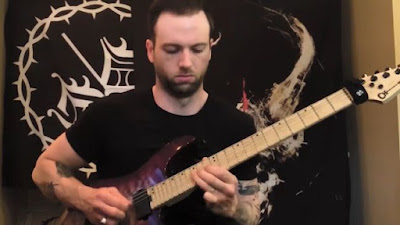 Patrick Judge from Demon Hunter and ex-The Showdown laid down a sick lead guitar line for "Cheat Code '87. The shredding will make you wish you had a mullet or mop of big hair to headbang or swing around on the dance floor. Imagine Eddie Van Halen jamming over the top of the soundtrack for the 'Mortal Kombat' movies and you have an idea of what to expect.

I can't wait to hear Death Therapy's entire 'Dance Therapy' EP when it hits. Each track has had it's own sound while still keeping a semblance of cohesion. Any fans of artists like Dance with the Dead, Le Matos, Carpenter Brut, Lazerhawk, and the likes is going to dig this. The drum sounds on "Cheat Code '87" remind me of mid-1980s era Skinny Puppy, so I believe even industrial fans will find something to like.