Vertical Entertainment just sent me over the trailer for their upcoming supernatural horror movie 'Ghosts of War.' I have to say the synopsis grabbed me right away as something sort of unique. Instead of the typical haunted house setting we usually get, something a little unique has been added into the mix. We have a group of soldiers during World War II stuck in a mansion whose previous owners were killed and tortured in the house by Nazis.

The idea of Nazis being involved in the supernatural should come as no surprise to anyone who studies history. Hitler was very much obsessed with the occult. The images of strange symbols in the trailer for 'Ghosts of War' lead me to believe that dark powers from beyond will play a pretty big role in the movie. 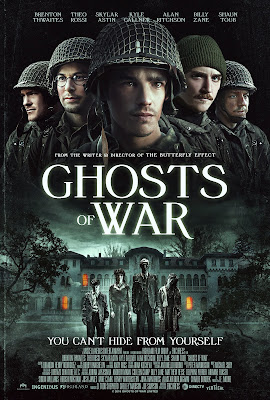 The dead are obviously angry in this trailer for 'Ghosts of War,' so who's to know if they'll be sinister spirits or just upset about how they died. One way or another, things are going to go badly for the soldiers staying in the mansion. I would expect a nice mix of jump scares and grisly killings and murder scenes.

A horror movie like 'Ghosts of War' that deals with prejudice and discrimination couldn't be more timely right now. The Nazis are certainly one of, if not THE, worst examples of racism and hate our world has seen. A film exploring these subjects and matters could help pound home some moral messages and shine a light on world issues that need to be addressed and dealt with by each and every individual that populates the planet. 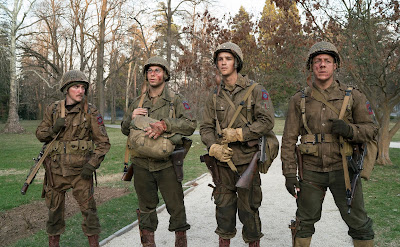 Then again, 'Ghosts of War' could end up being just another haunted house spookshow made for entertainment. I somehow highly doubt this, being that most filmmakers that make smaller budget movies have something they're trying to say or a message they want to get across to their audience. Either way, it looks like a scary good time and nice creepy way to spend an hour and a half or so on dark night.

'Ghosts of War' follows five battle-hardened American soldiers assigned to hold a French Chateau near the end of World War II. Formerly occupied by the Nazi high command, this unexpected respite quickly descends into madness when they encounter a supernatural enemy far more terrifying than anything seen on the battlefield. 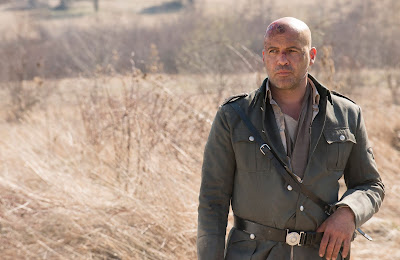 You'll be able to catch it in Virtual Cinema Screenings, On Demand and Digital on July 17, 2020 after it debuts on DirecTV on June 18, 2020. Check out the trailer below.