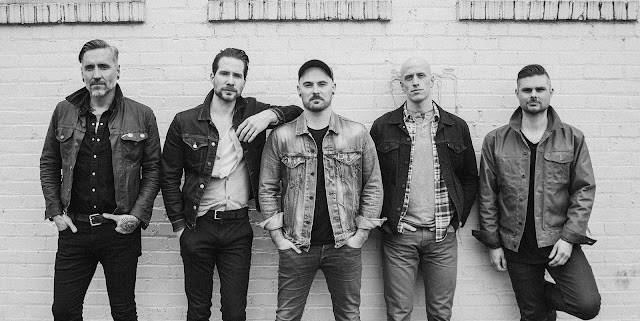 Acceptance announced via their Twitter that they're working with Tooth and Nail Records and will be releasing a new EP entitled "Wild" on July 24th. The first new song, "Cold Air," is hitting streaming platforms on June 19th and you can pre-save it right here. The band hasn't released new material in three years, so no doubt fans are extremely excited to hear something fresh.

The Seattle, WA rock outfit, formed in 1998, broke up in 2006 and got back together in 2015. They've released albums on indie labels The Militia Group and Rise, as well as majors Sony Music and Columbia. The group's blend of dreamy rock and pop punk are perfect on a veteran label like Tooth and Nail Records, who houses bands like Anberlin, Copeland, Mae, Starflyer 59, and Off Road Minivan.

"Hello friends. It’s been a long time coming, but we’re excited to finally say that we're releasing new music! 'Wild' EP will be out July 24 on the one & only Tooth and Nail Records. Our 1st new song in 3 years drops June 19th - can't wait for y’all to hear," Acceptance shared.