1980's Classic 'The Changeling' is Getting Remade 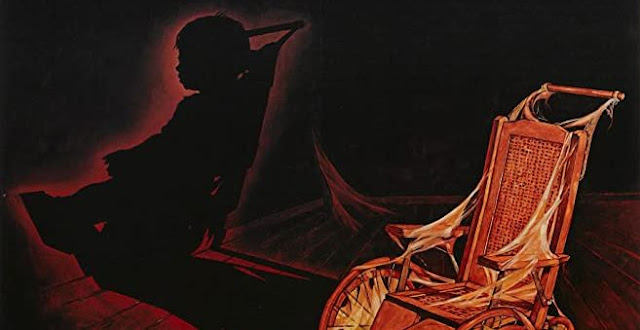 'Hanna' director Anders Engström is helming a remake of the 1980 classic horror film 'The Changeling.' The original haunted house thriller starred George C. Scott and was directed by Peter Medak. Joel Michaels, who produced the first movie, is part of the team bringing the remake to the big-screen.

I'm ashamed to say I've never seen 'The Changeling' and know that needs to be rectified immediately. I've heard nothing but good things about it over the years. One person told me it was one of the scariest films they've ever seen. After reading the synopsis again, I'm convinced it's a must-see.

In 'The Changeling,' "Composer John Russell (George C. Scott) is vacationing with his family when a car accident kills his wife and daughter. Distraught with grief, Russell leaves his home in New York City for a giant, secluded house near Seattle. Soon Russell starts to feel the presence of a ghost, a boy who drowned in the bathtub there. Russell seeks the assistance of Claire Norman (Trish Van Devere), who led him to the house initially, in uncovering the secrets of the boy’s death.”

“I am overjoyed at having the unique opportunity to reimagine an updated version of the iconic film 'The Changeling' that I produced so many years ago. It’s flattering to know that it proved to have inspired a rash of filmmakers that paid homage to the original film. I am excited to be working with Anders Engström who will bring his own contemporary vision to the film,” producer Joel Michaels shared.

Screen Daily is reporting that "the film will be set and shot in Ireland in a contemporary setting, paying tribute to the original title while introducing new plot twists." If the movie's setting is an old manor or home in the middle of nowhere, a contemporary setting could work. Some classics lose their flare when brought into the present day. I'm all for remakes that introduce new twists and turns to an old formula, if they're done respectfully of the original.