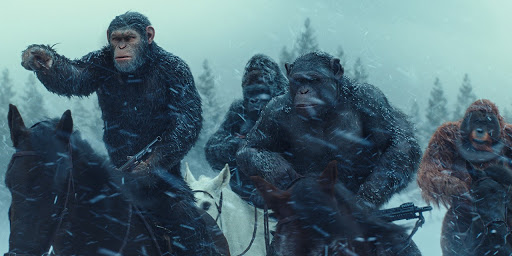 The Maze Runner director Wes Ball recently spoke with Discussing Film, stating that the new Planet of the Apes movie he's working on will start virtual production soon. The movie welcomes back original Rise and Dawn writers and producers Rick Jaffa and Amanda Silver, as well as bringing on Josh Friedman as a writer. "We have a way of staying in the universe that was created before us, but we’re also opening ourselves up in being able to do some really cool new stuff," Ball shared.
Newer Post Older Post Home