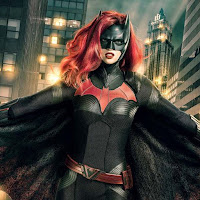 Batwoman lead Ruby Rose is exiting the role after one season. The role will be recast for next season. Rose stated, "This was not a decision I made lightly as I have the utmost respect for the cast, crew and everyone involved with the show in both Vancouver and in Los Angeles.”