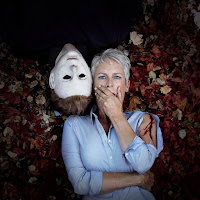 The original scream queen, Jamie Lee Curtis, is taking the director's seat for eco-horror movie Mother Nature. It will be her feature film debut and the first project of a first-look deal she's struck with Blumhouse. The film will be centered on climate change and is being written by Curtis and Russell Goldman. Curtis declared, “I’m 61 and my motto now is: ‘If not now, when, if not me, who?’"