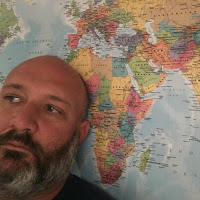 Jeff Cloud is the mastermind behind Velvet Blue Music, which has put out music from legendary alternative and indie rock bands for the past 24 years. Not only does Cloud release albums by bands he loves through his label, he's also played in them over the years - from Starflyer 59 and Joy Electric to his own group, Pony Express.  I was blessed to catch up with Jeff, who I hadn't corresponded with in many, many years. Check out the interview after the jump.

Songs from several of the artists on Velvet Blue Music have appeared in television shows like American Horror Story, 13 Reasons Why, Homeland, This American Life, American Idol, Revenge, Elementary, American Hipster, and Degrassi. They've also appeared in a bunch of independent films. Music from the bands have even been used in commercials for Apple, Disney, Pacifico Beer, Nike, DC Shoes, O’Neill, Oakley, Syfy, MTV, Levi’s, Wacom, and many more. Needless to say, he's a perfect fit to be interviewed for a site that cover movies, music, and more.

Man, I don't know if you'll like this, but I'm not a huge super hero guy. I wouldn't know an Avenger from an Iron Man.

As in I never get to watch anything else ever again ? If so I'd pick something nice and long like the Twin Peaks series. If it's a movie I never tire of it would be The Good, The Bad, and The Ugly. 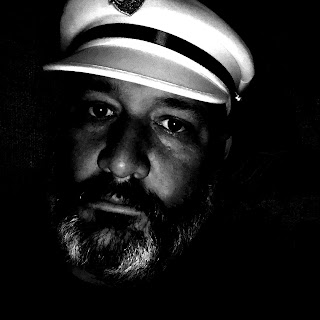 I am a man of faith. It affects all aspects of my life in different ways. For the outside looking in on me, I hope to be viewed as kind, compassionate, and fair.

My life hasn't really changed all that much from this. I do miss going to restaurants though ! Music is still being created and released, so I might actually even be slightly busier than usual !

I have the new Starflyer 59 EP 'Miami' coming out on 6/19. We made the pre-order available for this yesterday, so that has kept me insanely busy. We also have a new Frank Lenz EP coming out on 7/24, and a couple unannounced things in the works, too. Life is good and I'm happy to be living it. Thanks for the questions.