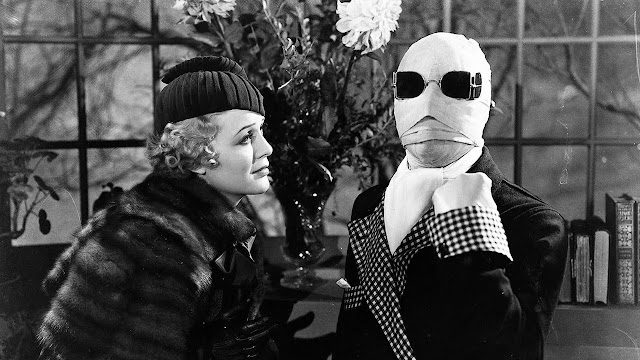 With the new version of The Invisible Man coming out both physically and digitally, I thought I might bring your attention to this incredible piece of movie memorabilia. For just $11,000, you can own an original The Invisible Man (1933) Universal Pictures U.S. Window Card Movie Poster. According to the item description, you'll be getting "an original Universal Pictures Window Card (Trimmed 14x20.5) for the James Whale horror/sci-fi classic, THE INVISIBLE MAN (1933) starring Claude Rains and Gloria Stuart... This original window card is trimmed but still in fine condition with minor discoloration and surface wear."

The seller is MovieArt Original Film Posters Austin. They're a Texas-based company owned and operated by Kirby McDaniel. They've been in business since 1979 selling original theatrical-release film posters and related film-entertainment business memorabilia, including lobby cards and stills, music and record business items, and other material of interest. 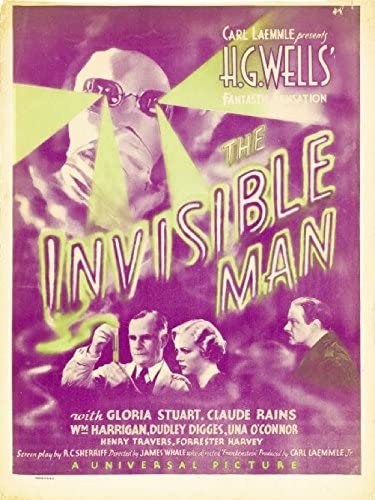 MovieArt sells authentic U.S. and International film posters – posters which were made by the producers at the time of the films’ releases. MovieArt does not sell commercially prepared reproductions, knock-offs, fakes. MovieArt Austin guarantees all the posters that we sell to be authentic, original studio-produced posters which were used to promote the film at the time of release. Unlike many sellers of this material, they attempt to give some context about the film and the related item we are selling. They invite any questions you may have about an item to be directed to them through their amazon.com's messaging system. They will try to answer each question courteously and promptly.