Take a Look Inside Graphic Novel Freedom Fighters: Rise of a Nation - Out Now 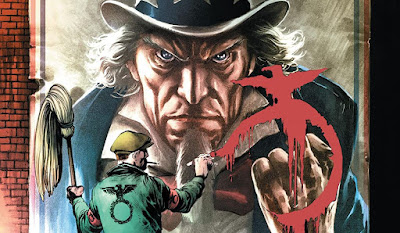 After reading the preview of Freedom Fighters: Rise of a Nation, I'm very interested in checking out the graphic novel published through DC Comics and out this week.

An alternate world where the Germans won World War II has always been the subject of different mediums of entertainment - from movies to TV to novels.

The superheroes here are definitely of the Golden Age kind and brings to mind the characters we see in Watchmen known as the Minutemen. Check out a preview of the cover and first three pages of the book below. 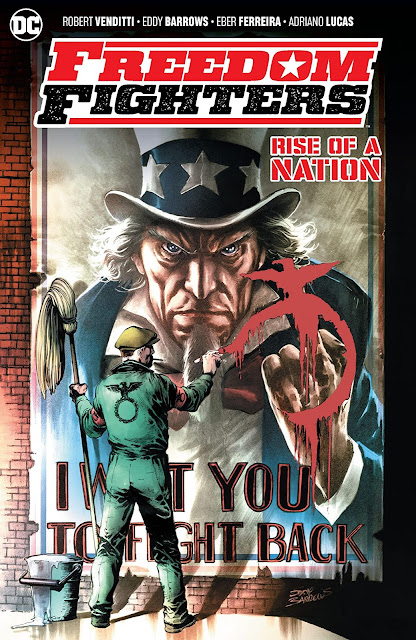 When a Kryptonian rocket crash-landed in 1930s Czechoslovakia, the Nazi war machine discovered the most powerful weapon on the planet: baby Kal-El. More than 50 years later, a new resistance has arisen... the Freedom Fighters! To crush Hitler's regime, the Human Bomb, Phantom Lady, Black Condor, and Doll Woman launch a guerrilla campaign to reignite the American spirit in the hope of bringing Uncle Sam back from the dead! Collects Freedom Fighters #1-12.

Freedom Fighters: Rise of a Nation was written by Robert Venditti (Justice League). It was illustrated by Eber Ferreira (Detective Comics), Scott Hanna (Action Comics), Jackson Herbert (The Shadow), and Bruno Redondo (Suicide Squad). The graphic novel is for 15 years old and over and contains violence, language, and frightening and intense images.

Get Freedom Fighters: Rise of a Nation now right here. 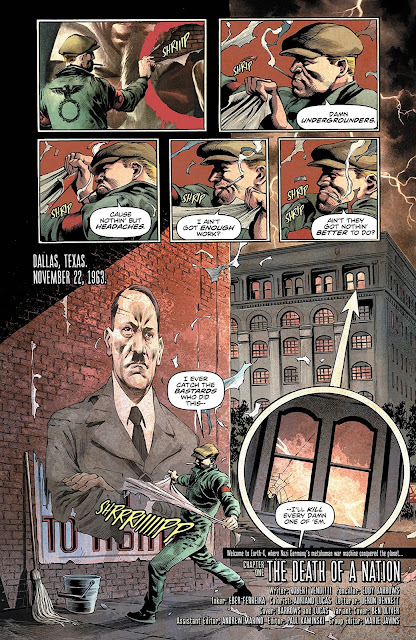 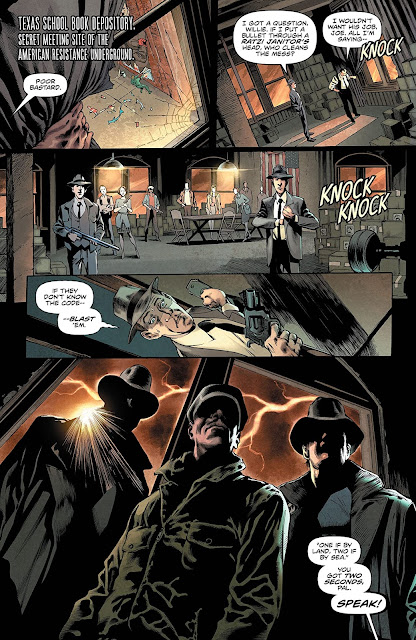 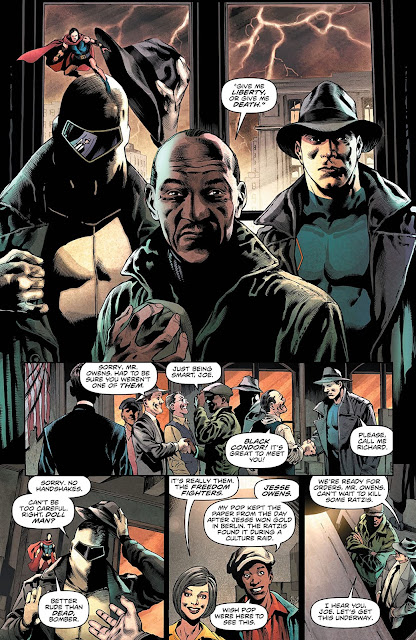