August Burns Red just released their new video for the song "Bones" off their latest album, "Guardians," on Fearless Records.

I have to say, the video is pretty awesome. The band plays throughout flashes of them being x-rayed. As they jam away, we get transitions between the different members performing and digital scans of their skeletal insides. I love this song and the video showcases the group's energy and musical talents quite well. If you haven't already, you should grab August Burns Red's latest release "Guardians" right now. Check out the video below. 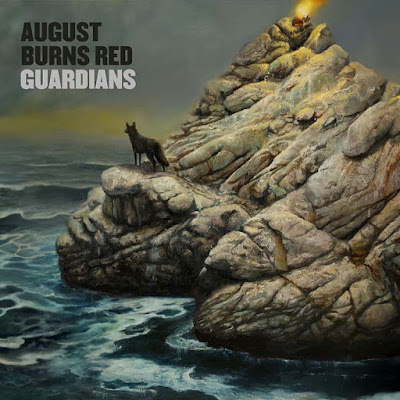 Not only did the latter stand out as their second straight #9 bow on the Billboard Top 200, but it also garnered the group’s first GRAMMY® Award nomination in the category of “Best Metal Performance” for “Identity.” The momentum increased with the arrival of Phantom Anthem in 2017. Marking the group’s fourth Top 20 debut on the Billboard Top 200, it paved the way for their second “Best Metal Performance” GRAMMY® nod for “Invisible Enemy.”

The record ushered their career streams past the 100 million-mark as it earned four-out-of-five stars from the likes of Alternative Press and Kerrang! Between sold-out shows worldwide, they continued a 15-year tradition of holiday shows by launching the Christmas Burns Red Festival. Now, their 2020 eighth full-length, Guardians [Fearless Records], sees them not only preserve but perfect this definitive sound as evidenced by the likes of “Defender” and “Bones.”