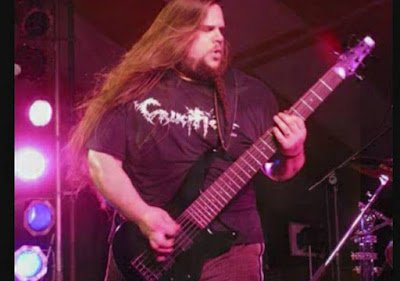 Legendary metal group Crimson Thorn have returned after 13 years to headline the upcoming Hasten Revelation Tour, which kicks off March 7th and blazes through March 14th.

Vocalist and bass guitarist Luke Renno took some time to share with us about what he's been up to, the movies and TV that influence his world, and his excitement for the Hasten Revelation Tour. Check out the interview after the jump.

My name is Luke Renno. I started in Crimson Thorn when I was 16 about 29 years ago. I'm also now in Taking the Head of Goliath and Sylvan Fortress.

Huge Sci-Fi and fantasy fan. I grew up on Doctor Who, Star Wars, Star Trek, and probably every single TV show and movie in those genres. I'm a huge Lord of the Rings fan. 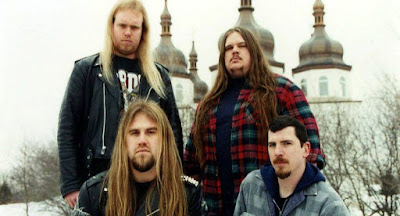 Definitely my music. I practice guitar and bass while watching them. While there are certainly epic themes in these genres, definitely my relationship with Jesus is my biggest lyrical influence.

No, but I wish I could play a Dwarf in a Tolkien movie or show.

I actually haven't, but definitely hope to. 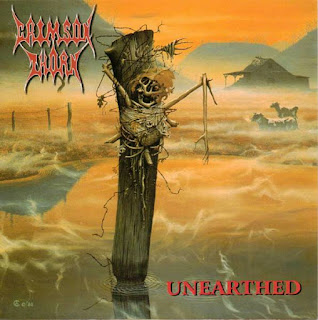 Taking the Head of Goliath has an album and, after Hasten Revelation, we will be writing another. Sylvan Fortress is putting out an album. The band features me on bass and background vocals, Ronny Haneilsen (Antestor, Grave Declaration, Vaakevandring, Luteoks) on lead vocals, and Shawn Cameron (Carnifex) on drums. It's all brought together by Charles Powell on guitar. The album is recorded and just waiting for mixing. Now, Crimson Thorn is returning for a reunion for the Hasten Revelation tour after 13 years since our last show.

I'm so looking forward to traveling with all the friends in these bands, seeing old friends at the shows, and meeting new friends and praising the Lord throughout! Last year was such a blessing and I can't wait for this one.

Don't miss Crimson Thorn headlining the Hasten Revelation Tour from March 7th to March 14th. They are joined by Taking the Head of Goliath, Abated Mass of Flesh, Cardiac Rupture, and My Place Was Taken. Ticket info can be found here.