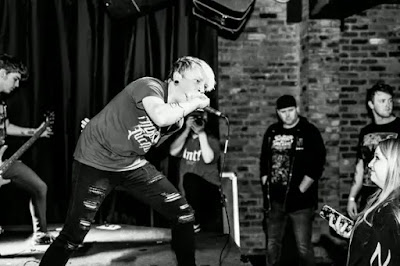 Self-described deathcore group Cardiac Rupture is one of a few great bands heading out on the Hasten Revelation Tour on March 7th.

Vocalist Robert Wilson of the Detroit, Michigan outfit took some time to share with us his thoughts on music, movies, and their upcoming adventures on the road with Crimson Thorn and company.

Yeah, so my name is Robert Wilson. I'm the vocalist of a slamming deathcore band called Cardiac Rupture. We're coming out of southeast Michigan and we play heavy stuff with some ambiance tossed in. To date, we've got an EP out and we're about to drop a single as I'm writing this. A full album is planned later this year, and I'm actually really excited to be working with the rest of my dudes in Cardiac on this album. We've got a lot of cool stuff we're working on I think.

Personally, I really like psychological thrillers at the moment. The Act (on Hulu) and Creep are two recent favorites. We might even add a soundbite from The Act on LP1. My bandmates and I also dig stupid humor. Mikke, our bassist, likes wrestling. 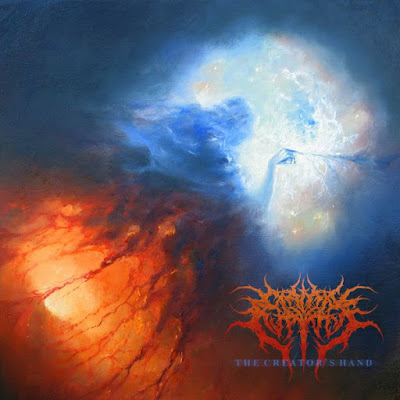 Definitely. When sound design is done on each song, we have movies and soundtracks we have in mind - like Stranger Things or Hans Zimmer's work in Interstellar. Beyond that, movies serve as conceptual inspiration for me. I couldn't tell you which films have had an impact. It's like a compilation of lots of different sources mashed into something new.

I never really focus on actors too much I don't think. As long as they can draw me into a story, then I'm happy. However, [Leonardo] DiCaprio should get a shout out. Loved Inception, as well as Hans Zimmer's songs in that movie of course.

Not that I'm aware of. Do music videos count? Haha. My band mate Mikke and I do want to buy a camera and start making short films with it, as well as shooting our own music videos if they turn out well. We've got a lot of ideas already! 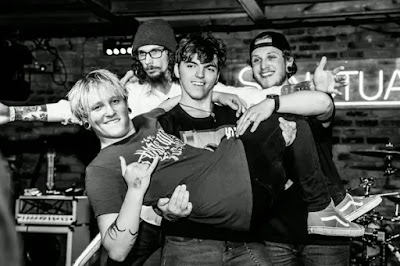 Our past videos have missed the mark with storytelling as much as I'd like, but that's going to be different from now on. Usually when we shoot, our filmmaker gears up with a good camera and a maybe a gimbal, picks a setting, and we act it out a bit. However, our future plans include self-direction and organization, and hiring out editing. Since we know what messages we want to send and we can direct it, we can make something more personal and artistic for our fans.

We have a new single called Piss Christ getting to everyone on March 6th, the day before we play our first set on The Hasten Revelation Tour. The song itself is named after the 1987 photograph by Andres Serrano and it's about what modern day Christianity has become for many: a way to put yourself on a pedestal and educate everyone that they're doing it all wrong and you're doing it "all right." Jesus never did that. Gandhi said it well: "I like your Christ, I do not like your Christians. Your Christians are so unlike your Christ."

Obviously, it's a milestone for us since this is Cardiac's first tour. We're super pumped to hit the road. I'd be lying if I said I wasn't at least a bit nervous, too. Overall, I can't wait to meet new friends and see some old ones. [Also], see how we can reliably perform on the road with merch sales and all the other moving parts. From here on out, our goal is touring full time. We're prepared to make it happen this year.

Don't miss Cardiac Rupture on the road with the Hasten Revelation Tour from March 7th to March 13th. Crimson Thorn, Taking the Head of Goliath, Abated Mass of Flesh, and My Place Was Taken are also along for the ride. Ticket info can be found here.