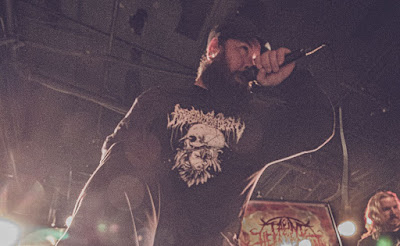 Taking the Head of Goliath is one of the essential components of the Hasten Revelation Tour, which starts on March 7th and goes through March 14th.

Jake Martin is the vocalist for the death metal powerhouse and he spoke with us about the group, his tastes in movies and TV, and the critical nature of his involvement with the upcoming tour. Check out the interview after the jump.

My name is Jake Martin. I’ve been married for ten years this December, and my wife Anna and I have two amazing daughters who are 11 and 14. I am a carpenter by trade and also the vocalist for Taking The Head Of Goliath. We’re a Christian death metal band from Minnesota and are signed to Rottweiler Records.

I’m a fan of based-on-true-story war movies such as Saving Private Ryan, Black Hawk Down, American Sniper, Lone Survivor, etc. I always get excited to get the family together and dust off all the Christmas classics such as A Christmas Story, Elf, Home Alone, and Christmas Vacation during the holiday season. As far as television is concerned, my wife and I are hardcore The Office junkies and keep the series on an endless loop. 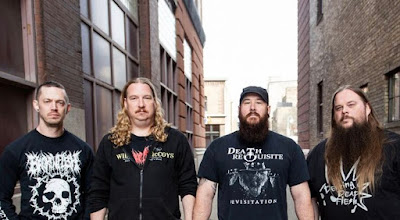 Yes. They sometimes keep me planted in front of the tube when I could be doing something more productive in the songwriting and lyrics department. So I’d say these things affect me negatively rather than creatively.

It’s a toss up between the comic genius of Leslie Nielsen and Jim Varney.

We have some pro multi-angled live videos and some lyric videos out there, but we have yet to shoot a cinematic music video. We do have plans to use this medium for a few tracks in conjunction with the release of our next album.

Our latest album is a couple years old now, so this tour will be the last run in support of this record. Once we get home from this tour, we are not going to be playing out live for the remainder of 2020. We will focus our efforts into writing and recording our sophomore release. 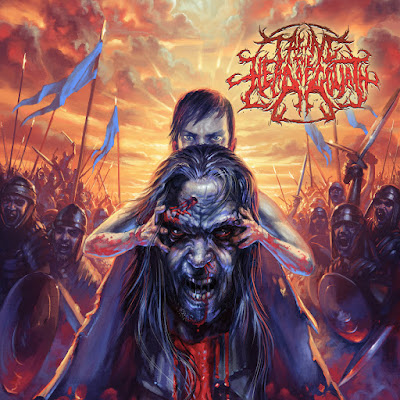 The Hasten Revelation Tour is a vision I had with the purpose of sharing the gospel of Jesus Christ through extreme metal by featuring the heaviest bands in the genre on a single touring bill. I partnered with a dear friend, Jairus Pascale, from Mythic Panda Productions, who has played a pivotal role in growing the tour to what you see this year - seven dates, the return of the legendary Crimson Thorn after a 13-year hiatus, and the incredible lineup for our tour kick-off show at the inaugural Mythic Metal Fest.

This fest will be headlined by Living Sacrifice and featuring this year's touring bands (Crimson Thorn, Abated Mass Of Flesh, Taking The Head Of Goliath, My Place Was Taken, and Cardiac Rupture) with special guests Death Requisite, The Weeping Gate, and Benevolence. It is also worth mentioning we have Crushing The Deceiver joining us on the final two shows of the tour in Fresno, CA and Vegas, too. This tour means so much to me because all these bands are all good friends, so to share this experience with them and everyone who plans to come out to any of these shows will make memories and friendships that last a life time.

Don't miss Taking the Head of Goliath on the road with the Hasten Revelation Tour from March 7th to March 14th. Crimson Thorn, Abated Mass of Flesh, Cardiac Rupture, and My Place Was Taken are also along for the ride. Ticket info can be found here.

For more info on Taking the Head of Goliath, visit their Facebook page here.