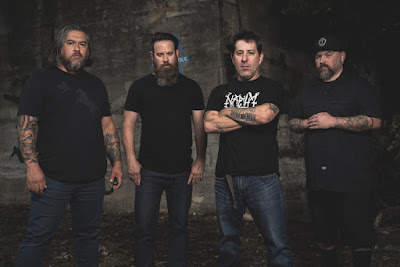 I really don't think Living Sacrifice needs much of an introduction.

After thirty years of sitting atop the metal throne of Christian music, they've also made a name for themselves in the mainstream market through hard work, instantly classic albums, and constantly evolving their sound just enough to keep current while holding on to what made them great in the first place.

The renowned group is headlining the first stop on the Hasten Revelation Tour. Guitarist Rocky Gray, who we've interviewed before, shared some more about how his passion for movies influences his music and life. Founding member, vocalist, and guitarist Bruce Fitzhugh chatted a bit about the Dallas / Fort Worth event and their upcoming 30th Anniversary show and the premiere of their documentary, "30 Years of Sacrifice: The Story of Living Sacrifice." Check out the interview after the jump.

Rocky Gray: I watch a lot of horror movies and documentaries. Netflix has had some really good documentaries in the last couple years. I love the Making a Murderer series and I love the first four seasons of Supernatural. 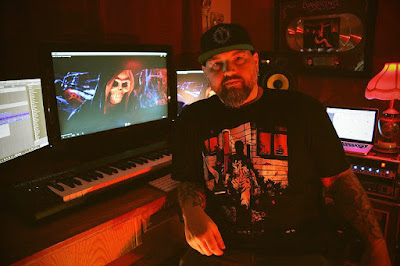 Rocky: It certainly can. I wouldn’t say that it has a lot but there has been times when there’s something on the news or a show I’ve watched that sparks something.

Rocky: I don’t think I have a favorite actor. I like a lot of Sylvester Stallone and Arnold Schwarzenegger movies, though. Haha.

Rocky: I’ve been in documentaries and live dvd things but not as an actor.

Rocky: I've directed music videos and a segment for an anthology movie. It’s always different for music videos. Most of the time it’s just things that look cool visually cut together. When the videos have storylines, that gets a little complicated. If you’ve got a good story, a good crew to work with, and a good look it all works out. For movies, it’s a tedious process from the script to casting to the post production process. I definitely was trying to say some things with my segment for the film 10/31, but I tried to be subtle with it and keep the main focus of just having fun with the characters. 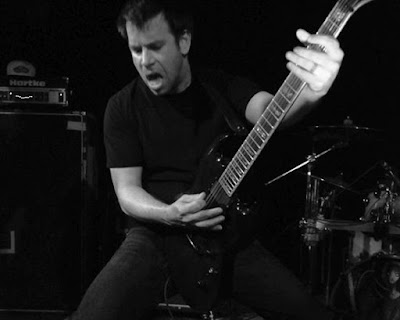 Bruce Fitzhugh: This year will mark the 30 year anniversary of the formation of the band. Our friend David Lipke has been working on a documentary of Living Sacrifice for about 7 years now. We knew that we wanted to do a show with the premiere of the documentary and so that is happening March 28th in Little Rock, AR. Plans to release the documentary for distribution are still pending with no actual release date thus far.

You chose to play Dallas / Ft. Worth for the first time in a long time for the Hasten Revelation Tour stop there. Tell us why you picked this event to come back to the area? Are you treating it as a warm-up for your 30th anniversary blowout in Little Rock?

Bruce: I believe this date was set before the anniversary show was. Basically, we were asked by the promoter and it seemed like a good time to head back to the Dallas / Fort Worth, TX area. We haven't been there in a few years since playing Deep Ellum with Zao. We love DFW and have always had great shows there. This will be no exception.

Be sure to catch Living Sacrifice headlining the Dallas / Fort Worth, TX opening tour stop at the Railyard on March 7th. They are joined by touring acts Crimson Thorn, Taking the Head of Goliath, Abated Mass of Flesh, Cardiac Rupture, and My Place Was Taken. Benevolence, Death Requisite, and The Weeping Gate open the show. Ticket info can be found here.