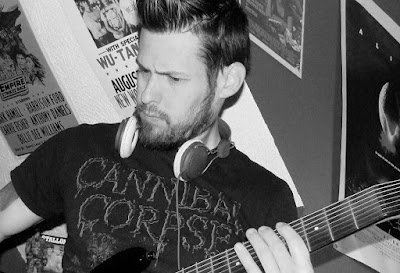 Abated Mass of Flesh are out on the road right now for the Hasten Revelation Tour from March 7th through March 14th.

Lead guitarist Zack Plunkett of the Murfreesboro, Tennessee death metal band took the time to answer some questions about his love for music and movies. He also talked about their excitement to be heading out on their second tour of duty with this year's Hasten Revelation Tour. Check out the interview after the jump.

My name is Zack and I am the founding member of Abated Mass of Flesh. I formed the band in 2011. Since then, I have pursued it along with some other projects. I have always been more of a creative type, so my mind is always racing with new ideas. Music and art have always been a good outlet for me to express those. I'll just name a few of my other projects here: Numbered With the Transgressors, Cadaverous Contingency, and Propitious Vegetation. Those are mostly brutal death metal similar to AMOF, but I also have some projects rooted in black metal such as Attest and death metal like Cryptic Rising. These various projects keep me busy throughout the year and when we have some down time with AMOF. But AMOF has always been my primary focus because there is more collaboration and opportunities for travel.

I am a huge fan of movies. I am always watching movies with my wife throughout the week. It's always great getting into a good story. I love a lot of dramas and crime films. I enjoy all genres but I love to watch films that make me feel something. I love when films are able to speak to me on an emotional level and invoke deep feelings and thoughts. So I love to watch movies that make me cry. I also love films about victory and overcoming obstacles. I love a good triumph story. I don't watch TV, so I am not really familiar with what is out now. It's the same with NetFlix and other streaming services. If my wife and I are interested in seeing a season, we'll just buy it when it comes out. 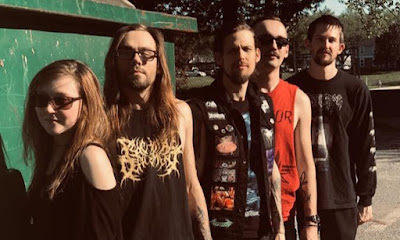 I think the content in certain films do inspire me to write lyrics. I haven't really worked with any conceptual themes regarding a movie, but I am sure there are certain songs I have written that are based on movies I've seen that impacted me.

There are so many great actors that I love seeing in films, so it is really hard to single out one. If I had to choose, it would probably be Robert DeNiro. I love a lot of his movies, especially the Scorsese pics. He has directed some of my favorite movies: Goodfellas, Casino, Taxi Driver, etc. However, my favorite is probably Raging Bull. I love seeing DeNiro and Joe Pesci on screen together and they light it up in that film.

I have never been in a movie. That would be pretty rad, wouldn't it? If I could be in a movie, it would probably have to be my favorite film Pulp Fiction. I would probably play Marvin because I would only have a few lines to memorize. A small role, but a necessary character who was needed to make The Bonnie Situation one of my favorite chapters from the film. 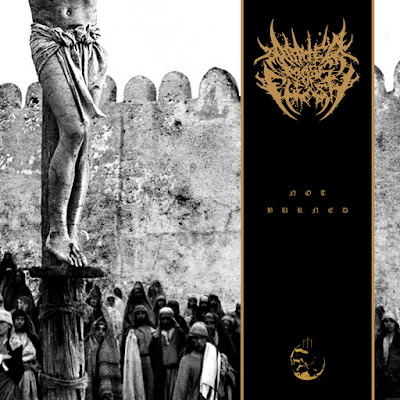 We have never done a music video before and I have never been in one. We have always talked about doing a music video, but never got around to it. We are all pretty busy and shooting a video was never a huge priority for us. We've always been more focused on writing and playing shows. If we did shoot a music video, I think it would be cool to do one for the song Premonitions of the Infected. That is our favorite one to play live.

We just released an EP titled Not Burned. The focus on this release was geared towards bouncy and groovy riffs with some chops and melodic parts. We wanted to make the songs catchier than our previous writing methods. Our songs tend to focus more on the brutality. With this release, we wanted to focus on cleaning the structure and riffs up a bit while maintaining that brutality. Lyrically, it deals with personal issues that are translated in an abstract way. The topics include: finding self-worth, getting away from negative people, self struggle, suicide, and relationships. The title was taken from a Bible verse in Isaiah to represent an immunity against those topics of hardship.

This is our second run on The Hasten Revelation tour. We are heading out West this year, which is exciting for us because we have never toured in that region. We are looking forward to sharing the road and stage with our friends. We always have a great time when we travel. We look forward to meeting and talking to people that come out as well. We had such a great run on the first Hasten Revelation tour, so we are looking forward to doing it again. 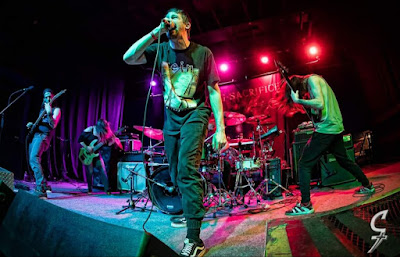 Thank you again for this interview! We appreciate the support from you and everyone else that follows what we do.

Don't miss Abated Mass of Flesh on the road with the Hasten Revelation Tour through March 14th. Crimson Thorn, Taking the Head of Goliath, Cardiac Rupture, and My Place Was Taken are also along for the ride. Crushing the Deceiver will join the tour from March 13th through the 14th. Ticket info can be found here.

For more info on Abated Mass of Flesh, visit their Facebook page here.