The Hasten Revelation Tour kicked off it's second annual run at the Rail Club in Fort Worth, TX on Saturday, March 7th. To say it started with a bang would be an understatement.

With help from Living Sacrifice as the headliner and local act Benevolence, a solid crowd of around 250 extreme music fans packed into the venue for basically nine straight hours of brutally loud and extreme metal from all over the U.S. 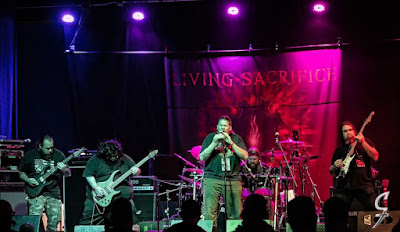 Fort Worth, TX's very own Benevolence opened the show with their thunderous brand of doom metal. The five-piece band definitely let people know right away what they were in for, pounding through their set with a huge level of energy. The band had female singer Kahn Jr. and guest guitarist / ex-member Nolan Void join them on stage for a couple of songs as well. 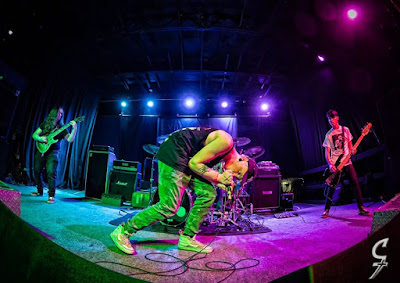 Cardiac Rupture from Detroit, MI took the stage next. The deathcore outfit frantically won the crowd over with their crunching chords and blasting beats. They appeared to be the youngest group on the schedule and it showed in their youthful enthusiasm. 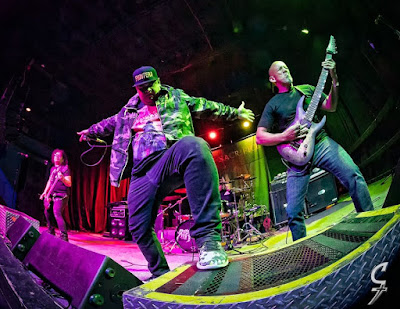 Next up to hit the stage was My Place Was Taken from Brownsville, TX. They played an interesting blend of chugging riffs and fast tempos backed up by blasting drumbeats. I believe the band was originally all from Mexico, but might have relocated to the U.S. 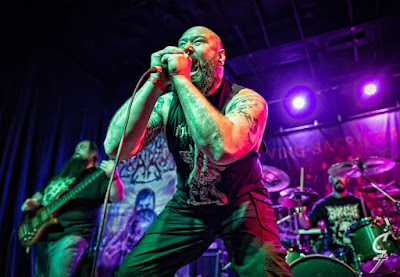 Oak Park Heights, MN's Taking the Head of Goliath commanded the stage with brutal vocals and blastbeats that were accented by pulsing plucks of bass guitar and shredding guitar chords. They played their hearts out and never lost an ounce of intensity throughout their 30-minute set. The group definitely showcased why they're one of the top bands in the death genre. 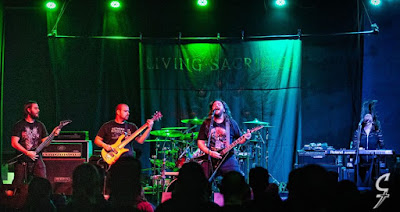 The Weeping Gate, from Little Rock, AR, brought their brand of extreme metal to the event and demanded your attention from the get-go. Mixing together elements of death and doom, the female vocals added a nice layer of dark beauty to the thunderous crunch coming off the stage. 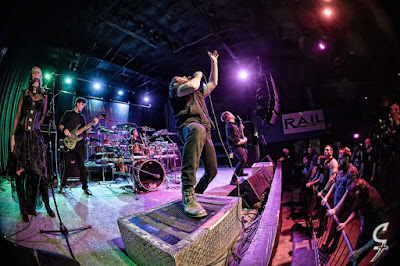 Sarasota, FL's Death Requisite really changed things up when it was their turn to obliterate the crowd. What set them apart from the rest? An operatic female singer that was incredible and a haunting symphonic score that accented the guitars, bass, and drums grinding away in front of the audience. Something about the band's sound reminded me of the group Bleeding Through. 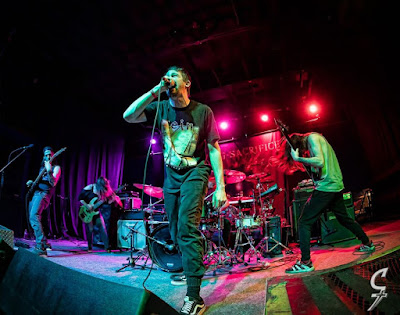 Abated Mass of Flesh gave the audience a taste of sludgy metal and slower grooves next. Don't get me wrong; with their low growls and high-pitched shrills, they were still every bit as heavy as any of the quicker and more fast-paced death bands on the Hasten Revelation Tour. They were another one of the bands that played which had female representation in the form of their bass player. 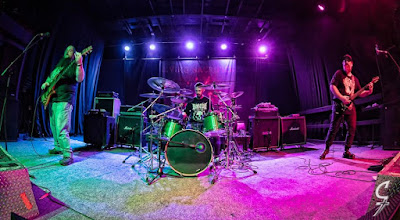 Death metal veterans Crimson Thorn took the stage and showed all the youngsters there how it's really done. You would have never known this was the band's first show in 13 years. Every member of the band played off each other as if they had never been apart. It was quite an impressive sight to see these guys go off for the first time in a very long time. 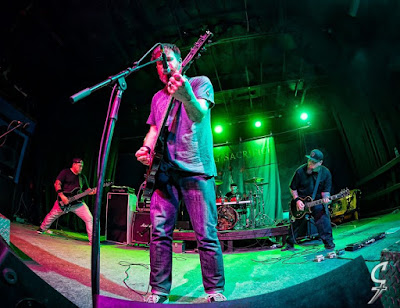 Living Sacrifice delivered the high-powered performance they've been know for throughout their 30 year career. The guys charged through a set that included at least one song off of every album they've put out. Being that the crowd was made up of primarily death metal enthusiasts, the most well-received items on the menu were the ones off of their self-titled debut, Nonexistent, and Inhabit. 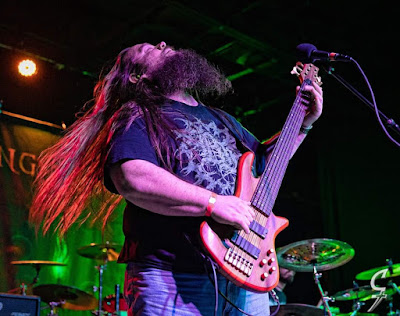 The Hasten Revelation Tour stop at the Rail Club in Fort Worth, TX was a clear success from my point of view. All the bands were excellent and put on a great show. From what I've heard from patrons of the past two years, there were way more attendees this year as well. 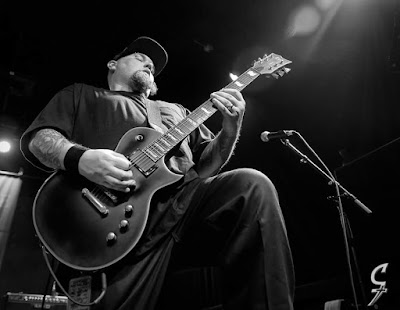 The most impressive thing to me about all the bands was their enthusiasm to share their Christianity from the stage. None of the bands shied away from their faith in the mainstream setting they were in, and that's something you don't see any more these days. If they back the message up with incredible musical talent, there's really not much anyone can criticize them about.

All photos taken by Chad Fenner.