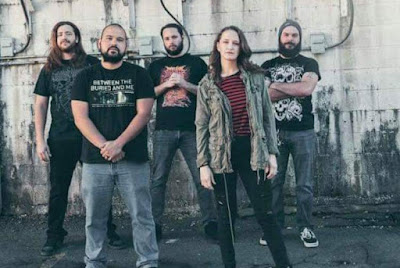 Melodic death metal outfit The Weeping Gate is just one of a few great bands playing the Hasten Revelation Tour on March 7th.

We wanted to give member Rob Halcumb of the Little Rock, Arkansas group some time to talk music, movies, and their upcoming show.

I’m Rob Halcumb from The Weeping Gate. I started playing guitar and really getting into heavy music around 14 years old.

I started 'The  Gate' as a rock-type outfit back in 2007, but I always knew I wanted to play fast, upbeat heavy melodic music. We started making that transition around the 2012 era and we’ve been constantly growing and evolving as a band ever since.

Absolutely! I draw lots of inspiration through theatrical movies scores. To me, the music can really make or break a film easily.

Not that I’m aware of? Haha. 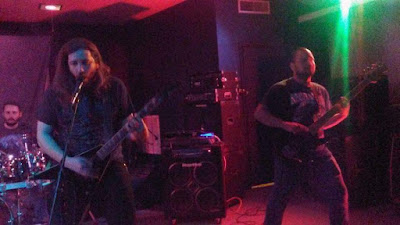 We shot our first music video for a single we released back in 2017. It was all DIY so loads of fun... and work!

Our bassist Jamie acquired some of the sickest locations for the shoot though, so it was an absolute blast working on it.

Well, we‘re continually working behind the scenes on writing a new record.

It’s been a slow go, as we’re still figuring out which path to take as far as the recording and studio route goes. I think we’re going to try for a more DIY approach this time and see if we can get where we want to be. You can find all of our music on all the major streaming sites like Spotify, Pandora, YouTube, etc.

We’re super fortunate enough to be on the Dallas / Fort Worth bill. We can’t wait to share the stage with all the amazing bands on the tour!

We’ve played shows with some of these bands before. It’s always great seeing everyone again! It’s like being a part of a brotherhood where everyone is just super supportive of each other.

Jake and rest of the crew from Taking The Head Of Goliath, and the guys over at Mythic Panda are all such good people. We’re just so stoked to work with them on this venture!

Don't miss The Weeping Gate as they play with the Hasten Revelation Tour on March 7th at the Rail Yard in Fort Worth, TX. Living Sacrifice, Benevolence, and Death Requisite are also appearing at this special show, with touring bands Crimson Thorn, Taking the Head of Goliath, Abated Mass of Flesh, My Place Was Taken, and Cardiac Rupture. You can get tickets to the show right here.

For more info on The Weeping Gate, check out their Facebook page.