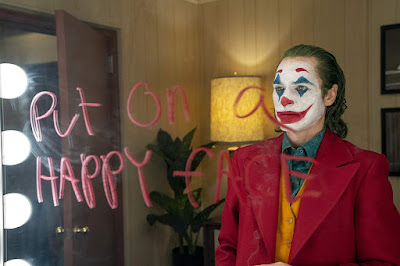 I have finally seen Joker for myself and can confirm that it is as good as everyone says. Joaquin Phoenix's portrayal as the future Clown Prince of Crime is a rollercoaster ride of emotions and takes you from as place of empathy to disgust all in the matter of two hours. It definitely serves as a statement on the way people with mental problems are treated and cast aside by the government and the medical world.

Joker looks like it was shot in the 1970s, emulating the two films it most takes cues from - Taxi Driver and The King of Comedy. The musical score of the film didn't quite hit me as being Oscar-worthy on first viewing, but maybe I need to take a listen to it again to fully take it in. My only other real gripe with Joker are the ties to the Wayne family. 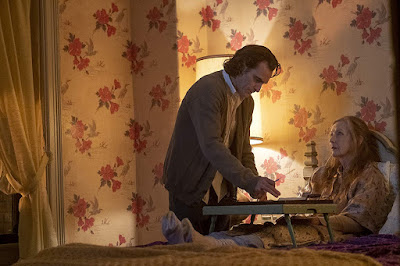 Personally, I believe the movie could have stood on its own without any references to Bruce or Thomas Wayne. Having them involved felt like something that DC made the filmmakers do to create an unnecessary safety line to the Batman mythos.

After seeing Joker, I would be fine with Joaquin Phoenix's version of the character popping up in The Batman or maybe a sequel to this film if Todd Phillips and company can come up with a good enough idea for a followup. He brought the character to life in a completely unique manner than we've ever seen him onscreen before.

Forever alone in a crowd, failed comedian Arthur Fleck seeks connection as he walks the streets of Gotham City. Arthur wears two masks -- the one he paints for his day job as a clown, and the guise he projects in a futile attempt to feel like he's part of the world around him. Isolated, bullied and disregarded by society, Fleck begins a slow descent into madness as he transforms into the criminal mastermind known as the Joker.