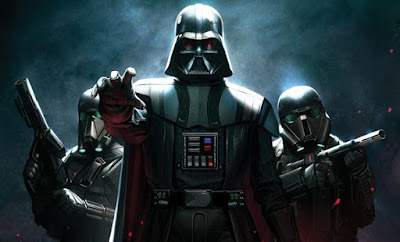 Marvel Comics takes us back to an interesting time and place as issue #1 of their Star Wars: Darth Vader puts the Dark Lord of the Sith on Tatooine after the events of The Empire Strikes Back and before we see him in Return of the Jedi. He wants more information on a son he never knew he had and will go to any lengths to get it. As he walks through the burned remains of the Lars homestead, his memories of the past come back to haunt him. It truly is an emotionally charged read and leaves you wanting to see more of the issue. Climbing inside the head of Vader really humanizes a character many of us forget isn't just a mechanical monstrosity. Check out one of the variant covers for the issue after the jump and a link to the full preview.

“JOIN ME, AND TOGETHER, WE CAN RULE THE GALAXY AS FATHER AND SON!”

THE TRAGEDY OF DARTH VADER CONTINUES!

In the shattering climax of The Empire Strikes Back, Darth Vader infamously reveals his true relationship to Luke Skywalker and invites his son to rule the galaxy at his side. But Luke refuses -- plunging into the abyss beneath Cloud City rather than turn to the Dark Side. We all remember Luke’s utter horror in this life-altering moment. But what about Vader? In this new epic chapter in the Darth Vader saga, the dark lord grapples with Luke’s unthinkable refusal and embarks on a bloody mission of rage-filled revenge against everything and everyone who had a hand in hiding and corrupting his only son. But even as he uncovers the secrets of Luke’s origins, Vader must face shocking new challenges from his own dark past. Writer Greg Pak and artist Raffaele Ienco unleash Darth Vader on his dark quest of vengeance and discovery this February! With covers by InHyuk Lee!

Star Wars: Darth Vader #1 is rated T for Teen. I would imagine you can expect the same kind of sci-fi violence we get in the movies. 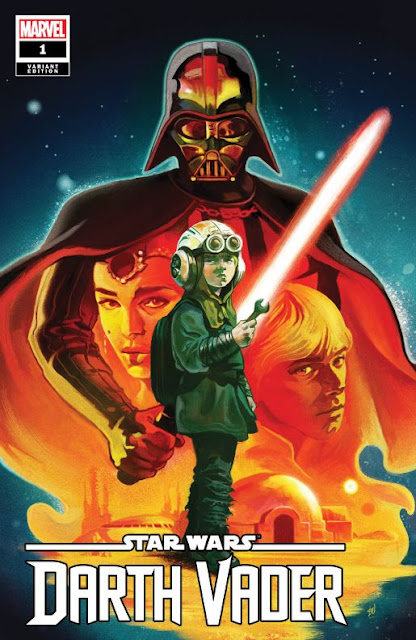