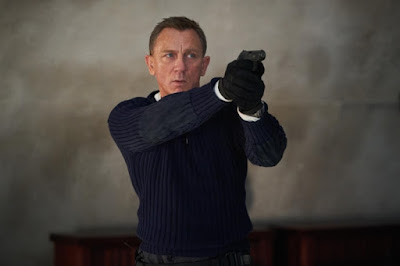 Daniel Craig is back as James Bond in the first trailer for the franchise's 25th installment, No Time to Die. It's all here - exotic locales, gadgets, an eccentric evildoer, Blofeld, a dark lair for the villain to hide out in, and another strong female matching wits with our archaic hero. I"m not seeing anything that challenges what we've come to expect from these films over the years. However, I will say that Daniel Craig is the most accurate depiction to the character of James Bond that has ever graced the screen and I love him in the part. Check out the new trailer after the jump.

Bond has left active service and is enjoying a tranquil life in Jamaica. His peace is short-lived when his old friend Felix Leiter from the CIA turns up asking for help. The mission to rescue a kidnapped scientist turns out to be far more treacherous than expected, leading Bond onto the trail of a mysterious villain armed with dangerous new technology.