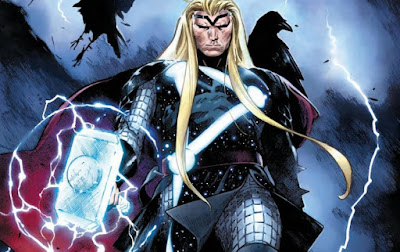 Marvel has released a sneak preview of Thor #1 to get folks amped up for the issue's upcoming release. There's a lot to get excited about as Thor takes over the throne of Asgard. His hammer travels the realms taking care of business as the Almighty Thor awaits its return and contemplates his ascendancy as the new ruler of Asgard. Check out the entire cover and a link to the preview after the jump.

The prince is now a king. All Asgard lies before Thor, the God of Thunder. And after many months of war, the Ten Realms are finally at peace. But the skies above the Realm Eternal are never clear for long. The Black Winter is coming. And the God of the Storm will be powerless before it.

Writer Donny Cates and artist Nick Klein take over the creative duties in the 40-page debut of Thor #1. From a first glance, the artwork is stunning and the story and narrative has a mythical flavor surrounding it that gives it legitimacy as an extension of Norse folklore.

Check out the preview of Thor #1 right here. 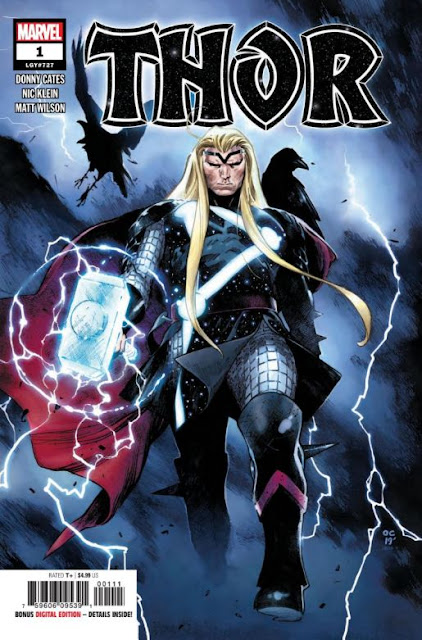