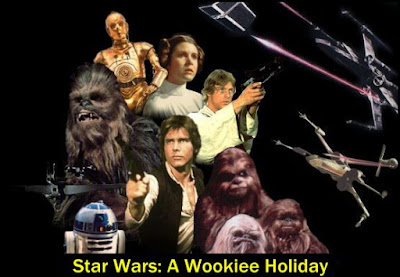 UPDATE: I just realized I spelled "Wookiee" wrong. So sue me! Even Kenner spelled it wrong on their actual packaging in the 1970s. Everything except the title card has been corrected.

In 1978, CBS teamed with George Lucas to keep his space saga fresh on everyone's minds by creating a television special that would preserve fan excitement and market new toys. "The Star Wars Holiday Special" premiered on November 17, 1978 to the groans of viewers across the nation. What was meant to entertain quickly spiraled into schlock variety show territory as familiar heroes like Han Solo, Chewbacca, Luke Skywalker, and Princess Leia were surrounded by performances from Jefferson Starship, Bea Arthur, and Diahann Carroll as well as comedy sketches performed by Harvey Korman and Art Carney. Needless to say, the special was far from what creator George Lucas envisioned it to be.

What I've done with "Star Wars: A Wookiee Holiday" is try to recreate and re-assemble "The Star Wars Holiday Special" into something that vaguely resembles George Lucas's original vision of what it was supposed to be. I've jettisoned all the variety show elements and painstakingly edited the original 90-minute (without commercials) show down to roughly a 53-minute running time. I've excised the songs and performances by Jefferson Starship, Diahann Carroll, Bea Arthur, Carrie Fisher, and the acrobats. Most of the comedic skits and bits from Harvey Korman and Art Carney are missing as well.

The reason the title of the special was changed to "A Wookiee Holiday" is because that was what it was originally supposed to be called. Thousands, if not millions, of mail-order Boba Fett action figures were sent out worldwide with a label that stated the character was "introduced in the November 1978 'Star Wars' television special, 'A Wookiee Holiday.'" I also thought it was a fitting way to separate it from "The Star Wars Holiday Special" and give it an all-new identity. 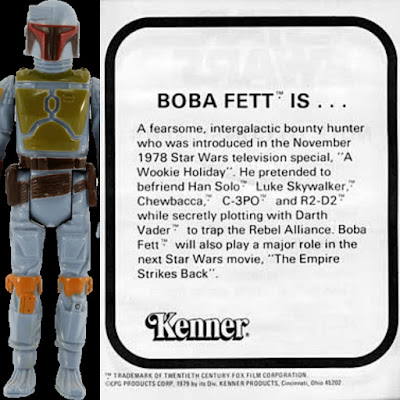 Is "Star Wars: A Wookiee Holiday" any better or easier to watch than "The Star Wars Holiday Special?" Many will probably say no. Some will think it's more boring because of a lack of anything funny to laugh at throughout. Others might appreciate this edit for what it is. It's my silly little way of honoring George Lucas and his original vision for a television special that would tide fans over waiting for a sequel and simultaneously create more capital to support his ever growing Lucasfilm and ILM dynasties.

Whether or not you can watch the entire thing in one sitting, I hope you find some way to enjoy "Star Wars: A Wookiee Holiday." Just to let you know, the titles for the special were originally accompanied by the "Star Wars" Main Title but Sony Music Group made me remove it.