Promotional Video for Focused's "At Eternity's Gate" Hits the Internet 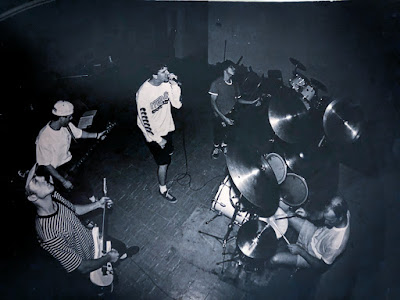 Steadfast Records just released a promotional video for the song "Open My Eyes" off of Focused's upcoming album "At Eternity's Gate." The 1993 demo is being released on vinyl, CD, and tape very soon and can be pre-ordered right here. The clip features photos of the band performing at different shows including Cornerstone. We also get a look at some of the fliers for shows they played with classic bands like Unashamed, Strife, Outspoken, Undertow, and Ignite. Anyone who was around back in the early 1990's hardcore scene will definitely be hit with a wave of nostalgia. Check out the video after the jump.

At Eternity's Gate, by Focused. Six previously unheard early recordings made in 1993 by the legendary and influential Southern California band who coined the term Spirit-Filled Hardcore. Recently unarchived and remixed from the original 1/2” master tapes.