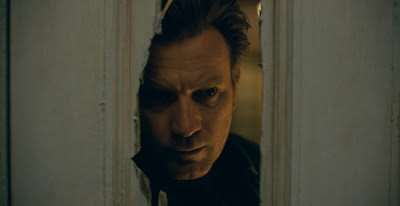 Doctor Sleep is an entertaining trip back into the world of The Shining. It's a faithful continuation of not only Stephen King's original novel, but also Stanley Kubrick's film. Ewan McGregor steps in to continue the story of Danny Torrance's life. While directed by Mike Flanagan (The Haunting of Hill House), we are treated to a thriller more so than a horror movie unfortunately.

Struggling with alcoholism, Dan Torrance remains traumatized by the sinister events that occurred at the Overlook Hotel when he was a child. His hope for a peaceful existence soon becomes shattered when he meets Abra, a teen who shares his extrasensory gift of the "shine." Together, they form an unlikely alliance to battle the True Knot, a cult whose members try to feed off the shine of innocents to become immortal in Doctor Sleep. 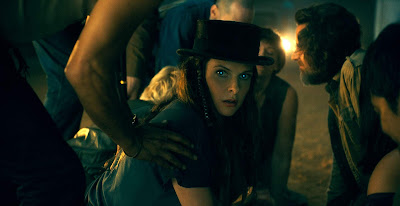 Doctor Sleep is rated R for disturbing and violent content, some bloody images, language, nudity and drug use. Let's just say that we see ALL of the woman in Room 237. Some of the carnage includes children and will no doubt be upsetting to some viewers.

Not only is Doctor Sleep a fun ride, it's a great trip down memory lane. There are some pretty nice callbacks and even a few cameos. However, it ultimately does not pass it's predecessor and doesn't really reach it's full potential. For any fan of The Shining or Stephen King it's definitely a step up from the author's previous film adaptations.