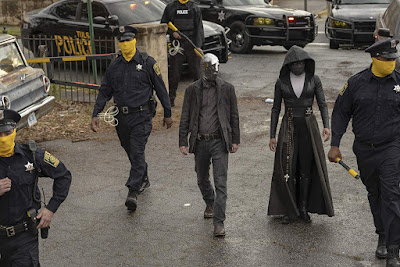 Damon Lindelof has successfully created one of the most controversial and risky superhero shows to date with HBO’s Watchmen. The comic  has been long considered one of the most unadaptable creative properties because of Alan Moore’s comments, production, difficult topics, and the overall mature and controversial tone of the comic and media surrounding it. However, Lindelof has managed to take those notions and throw them out the window with a contemporary telling and spiritual successor to the best-selling graphic novel.

Taking place in 2019, 34 years after the original comic, we are introduced to the character Angela Abar. A woman who is a masked vigilante working with police forces she is known as Sister Night. While this seems about as Watchmen as it gets, the storytelling is what separates it completely from the original. We experience a vigilante with a husband and kids and a vigilante named Looking Glass, who is more or less this series' Rorshach from the look of his interrogation techniques and his costume itself; We’re also introduced to the consequences of Ozymandias’ actions. 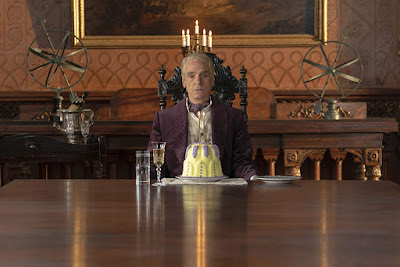 Within fifteen minutes of the episode, we are introduced to the danger presenting itself to this America, and in reality our America: Racism. With an opening revolving around the 1921 Tulsa Race Riots, it shows in detail the horrendous acts associated with racial violence.

Fast forward to September 2019, where we are introduced to this world’s police force. A normal traffic stop turns into a tense standoff between a lone police officer and Panda, an official in charge of making sure weaponry and violence are used justly and not abused. As the police officer begs Panda to unlock his weapon so he can kill the man in the truck, who looks innocent save for a homemade Rorshach mask in his glovebox, he is slaughtered by a machine gun as the camera pans to reveal the man in his Rorshach mask. Queue the Seventh Kalvary, a group of white supremacists that have taken Rorshach’s writings and made them into a pseudo-religion. 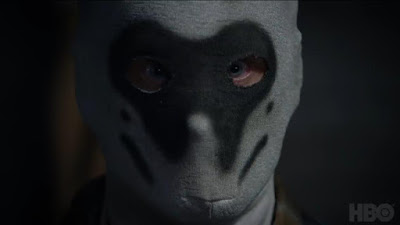 What can fans of Watchmen expect in a nutshell? The series following the répercussions of the graphic novel. It also takes a very tiny bit of Snyder's movie  and works with it as well. As the story and episode unfold, we are introduced more and more into this world with its squid rain, racism, masked vigilantes, crooked police, and most of all the question of morality and what justifies right and wrong.

A big warning is given when it comes to content in HBO's Watchmen. The show contains sex and nudity, graphic violence, foul language, and disturbing scenes.

As a huge fan of anything Watchmen, I am immensely excited to experience this show as it continues to play out. Nothing ever ends... and this premiere proved that we are just getting started.