Musicians on Movies: Josh Adams from What We Do in Secret 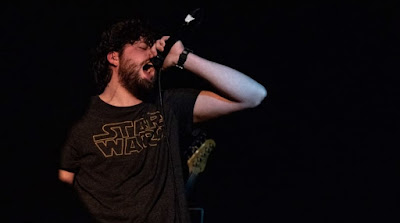 What We Do in Secret is a fairly new band to the mainstream hardcore scene. Recently signed to Facedown Records, the trio hail from Memphis, TN and definitely have the talent to play side-by-side with any of the big boys in the genre. Vocalist Josh Adams took some time to talk with us about music and movies and how the two might or might not co-mingle in his life.

I'm Josh Adams. I am the vocalist for the band What We Do in Secret. We started close to nine years ago in Memphis, TN and have worked hard to produce music that we believe is meaningful and relevant.

I am a pretty big nerd when it comes to movies and TV. I get super-stocked on mostly sci-fi / fantasy - stuff like Star Wars, The Lord of the Rings, Marvel, Lost, Fringe,etc. Frankie (our drummer) and I talk about it constantly, send Marvel news back and forth between us, and rag on Clay (our guitar player) for not being up to date on the movies and everything. I am also getting pretty pumped for both Star Wars: The Rise of Skywalker, The Crisis on Infinite Earths crossover at the end of the year, as well as all of the other new LOTR, Star Wars, and Marvel shows coming out.

Other than those types of movies and shows, (like everyone) I have watched The Office like ten times, and Parks and Rec probably seven times. I guess I have movies and shows I geek out on, but I will watch anything that looks interesting to me and grabs my attention. 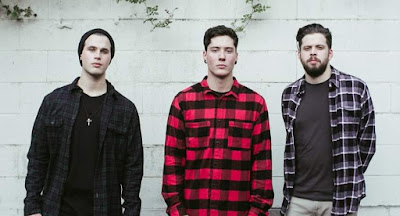 I don't really think so. The only exception I can think of for sure is our song 918, which is about the Jonestown Massacre. There are a few references to a documentary about it within the song, or things I saw or heard within the documentary that inspired the lyrical content for Clay and I.

Like everyone, there are multiple actors I think are just amazing. Right now, I am really impressed with John Krasinski as an actor. I first realized he was way more than Jim from The Office when I watched 13 Hours. Everything I have seen him in since, he just plays to the role he has within the story. 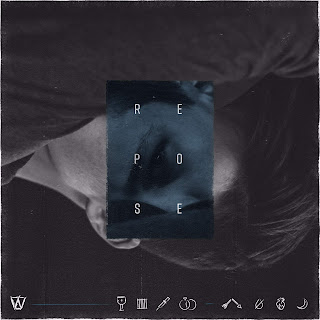 In the videos we have shot, we weren't really trying to say anything so far. They're just something visual to represent the band. The process is exhausting, though. It takes hours and I always go full-on with my voice so people know I am actually doing it, rather than just mouthing the words along with the song. I hate when people do that and it is easy to tell when they do.

The new album, Repose, has been in the works for a while. It is a record about struggle, loss, pain, and the things that happen in life. I want people to know that the things that they struggle with are not unique and there are people all over the world going through similar situations as them. We chose Repose as the record name because of its meaning. Repose means rest, but in the context of the record it means something different. So it has a double meaning, which is what we really wanted - something kind of ambiguous but also attainable. We are really proud of what we have done, and we hope people like it as well. About half of the songs are very personal to me and are about things I have gone through and dealt with personally. It will be out November 22nd through Facedown Records and pre orders are up now. Our first single, 918, is out now with more to follow soon.

For more info on What We Do In Secret, go right here.