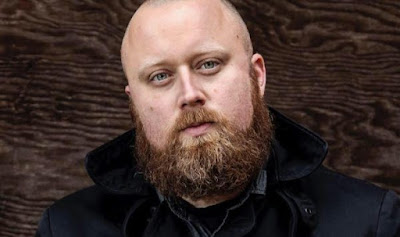 When it comes to industrial music, there aren't many high-profile bands around these days. Jason Wisdom happens to be a part of one of those groups - Death Therapy. Originally a part of metal act Becoming the Archetype, Wisdom left the band he helped form a few years back to start a more experimental project that brought together several different genres of music the singer / songwriter wanted to explore. Jason took some time to chat with me about movies and music and where they might intersect in his life. Check out our conversation after the jump.

My name is Jason Wisdom and I play in an electronic metal band called Death Therapy. I have been playing music for almost 20 years now - mostly metal. I have been branching out with Death Therapy into my love for electronic and video game music, along with other influences I grew up on. It's a bit of an experiment, but we have two albums out now, and we're working on new material as we speak. 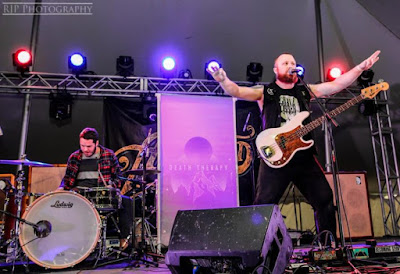 I used to really love watching movies and shows. Sadly, as I have gotten older and poorer, these have also become more expensive. So I haven't been really excited about a movie or show in a long time. I used to make sure to catch every Chris Nolan movie on opening day and I still love those. The last couple movies that I watched that I really enjoyed were a few years ago when Whiplash and Birdman both came out at the same time. I caught them on DVD, I think. My favorite shows of all time are Breaking Bad, Battlestar Galactica (the 2000s reboot), Scrubs, and The Andy Griffith Show. I imagine that when I get older, and / or find out a way to make some money, I will have a lot of great movies and shows to catch up on. That sounds great.


Do movies and television affect your songwriting or lyrics?

Not as much as books and video games. In my previous band (Becoming the Archetype), several of the albums were heavily influenced by novels that I was reading. Death Therapy has been no exception. With Death Therapy, I have drawn from novels as well as from classic video games (for some of my instrumental songs). I guess I haven't leaned on movies / TV to influence the lyrics as much because I tend to assume the themes I would pull from them are expressed a little more obviously. Folks would pick up on it too easily. I like to be a little bit sneakier. 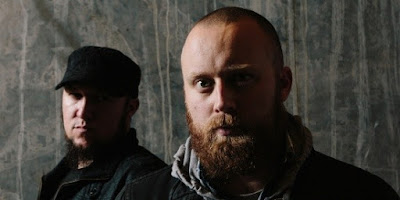 I am not a big follower of actors, to be honest. I tend to follow directors. Or, at least I did when I was heavily into movies. With that said, there are a few actors that I think usually do great work regardless. Paul Giamatti is on that list. Joaquin Phoenix is another -- and he is getting a lot of praise currently for the Joker movie. I hope to see that eventually - maybe on DVD next year sometime.

I was an extra one time, and only one time, in a movie. A TON of movies get filmed here in the Atlanta area where I live. I have a lot of friends who do work as extras. I got an invite from a friend one time and took it. It's not for me. Sitting around for twelve hours waiting to go shoot one or two scenes that take thirty minutes and then going back to sitting around. Not for me. Anyway, the movie was a comedy / heist movie called Logan Lucky. I don't think you can see me anywhere in it, but I haven't actually ever watched it. Haha. I will say I got the exciting opportunity to be just a few feet away from a NASCAR crash, which was fun. 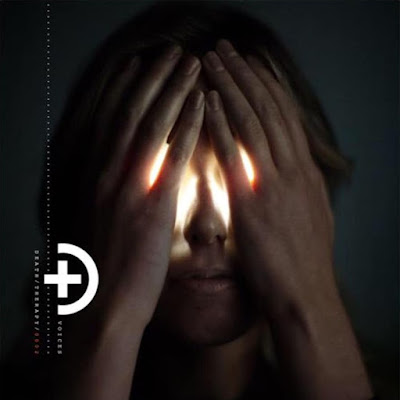 I have been in five music videos to date. I hate to give a boring answer, but I honestly just do what I am told and leave it to the pros. Haha. I know myself and if I start really caring about what the video is going to look like, or what the message it is going to send is, I will try to take over. That makes everyone's life harder.

The latest Death Therapy album (released April of 2019) is called "Voices." It is highly experimental -- bouncing all over the musical spectrum. There are very very heavy songs that are basically death metal. There are soft electronic songs that are basically more like Depeche Mode. There are epic instrumental tracks with harpsichord and orchestra. There is even an 8-bit instrumental track inspired by my love for the Mega Man video game franchise. But overall, it is all based around dark themes and groove on the bass guitar (there are no guitars on the album, just bass). We're hoping to have some new music released early in 2020.