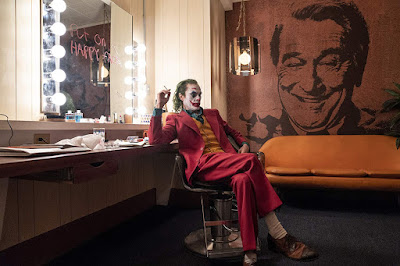 My initial thought when the credits rolled on Joker was “I feel dirty.”

Dirty is a word we associate with uncleanliness, sometimes even disgust. I wasn’t disgusted with this movie, but I was disgusted at the crowd’s reception, a reaction that resulted in laughter when people were killed brutally or when someone was being beaten. When I read the reviews and reactions for Joker at the Venice Film Festival and even after that festival, I thought to myself,

“This movie is going to be insane. It’s going to be a true character study. An honest masterpiece of comic book film.”

I wasn’t wrong, but what I didn’t expect was how controversial the writing and storytelling would be. I would like to give forewarning and say upfront that this movie is incredibly good from a cinematic standpoint. However, many people are not viewing it for what it should be.

Where do we draw the line on what is morally right or wrong?

Am I saying that Todd Phillips was wrong for what he included and portrayed in this movie? The short answer is no. But what I can say is that he tiptoes and weaves in and out of an area that is so clearly wrong and forces it to be considered and perceived as grey. 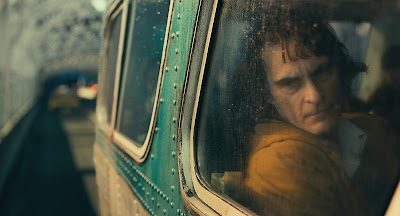 The moment you feel pity for Arthur Fleck is the moment he gains humanity. The moment he kills someone, however, is the moment our brains should click and register that he has stepped over a line that should no longer put him in the right. When watching a movie like John Wick where the action and brutality is an 11 out of 10, our brains immediately register it as fake or fantastical or even so absurd it’s not real.

Joker, however, doesn’t establish those boundaries at all. Here we have a man who is mentally ill and is being influenced immensely by his mentally ill mother. It’s a situation that, unfortunately, many real-life people go through. Whether it is family members with depression, bipolar disorder, or even schizophrenia. 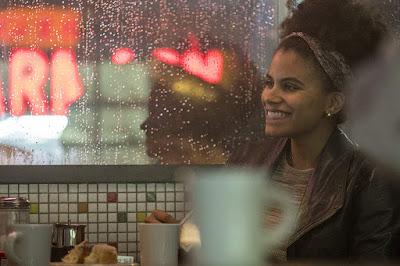 However, the actions that ensue because of his mental illnesses are so ultra-violent that it passes the line drawn in the sand. That very well could be the point of Joker - passing the line that was drawn. Throughout the movie, aside from feeling pity or sorrow for our main character, we also get a glimpse into how it affects others. The way that characters perceive Arthur is as a threat or that he is a wounded individual. Arthur is awkward, and thus his conversations are tense and awkward.

Tense is a good word to describe the entirety of the writing for Joker. Despite its controversy and blurred lines, it does a phenomenal job of gripping the audience and manipulating the atmosphere not only in the film but in the theater. For better or worse, this movie perfectly captures what a psychological thriller should harness.

As this analysis comes to a close, I’d like to highlight the technical aspects of Joker. One of those being the gorgeous cinematography. The camera work and lighting is utterly breathtaking and propels this movie into an achievement seldom reached in the comic book genre. 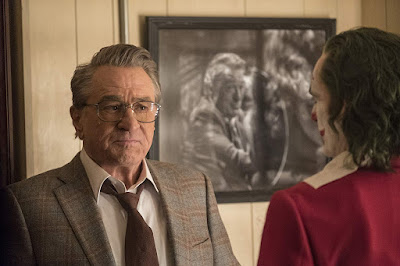 With almost no noticeable CGI or digital effects present, the production design and make-up departments do stellar work that heightens the tone and feel of Joker. Very rarely does a film capture and immerse the viewer completely. Discrepancies and flaws plague movies and television more than ever. To see a movie with no noticeable discrepancies is fantastic.

In closing, while I feel Joker could have conveyed its messages in a way that didn’t glorify as much as it condemned its own actions, I truly believe it is a forerunner of change in films. Not only for comic book movies, but also thrillers and crime movies. It’s successfully developed a character that can be analyzed from many different angles and has earned its place in the awards season.

For all its controversy and for all its faults, its commentary is important. However, some of its contents may be even unnecessary to the extent they're taken to. Thus leaving us with a film that is and surely has been overshadowed by its own glorification and condemnation.